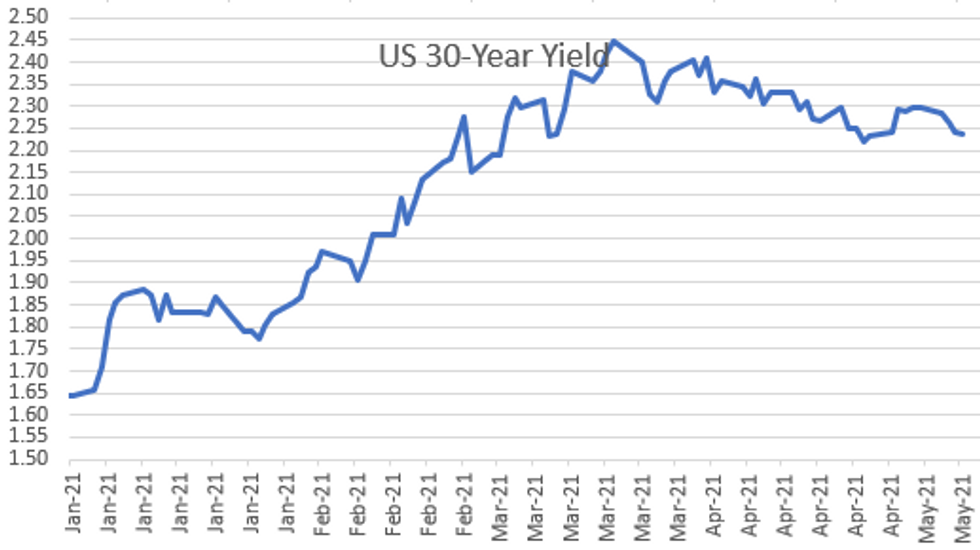 US: A labor shortage threatening to derail the job market recovery is driving employers to offer greater benefits like hiring bonuses to coax workers back to the market, industry experts told MNI.

US: Atlanta Fed President Raphael Bostic said Thursday he foresees a payrolls report coming in Friday in the range of 1 million, but that wouldn't be enough to convince him to start talking about tapering bond buys.
"I'm just going to keep my head down," he said, adding that any number tomorrow short of 6 million jobs would not be enough. Bostic spoke to reporters after giving remarks at a Consumer Financial Protection Bureau research conference.
FED: Leveraged hedge funds could generate big losses and make the financial system more vulnerable, the Federal Reserve warned Thursday in its semi-annual report on financial stability, as it noted limited data available on risk exposure of nonfinancial investors.
SEMI-ANNUAL FINANCIAL STABILITY REPORT:

Choppy day for US FI rates, several exogenous events at play early in the session, while anticipation over whether Fri's April employment report will turn out to be a "monster" or not. First, the exogenous factors:

Gilts swung in both directions following the BoE's decision to slow asset purchases while downplaying it as an active policy shift. After initially dropping sharply, Gilt yields rose to session highs, before eventually moving lower again later in the afternoon as equities bounced. 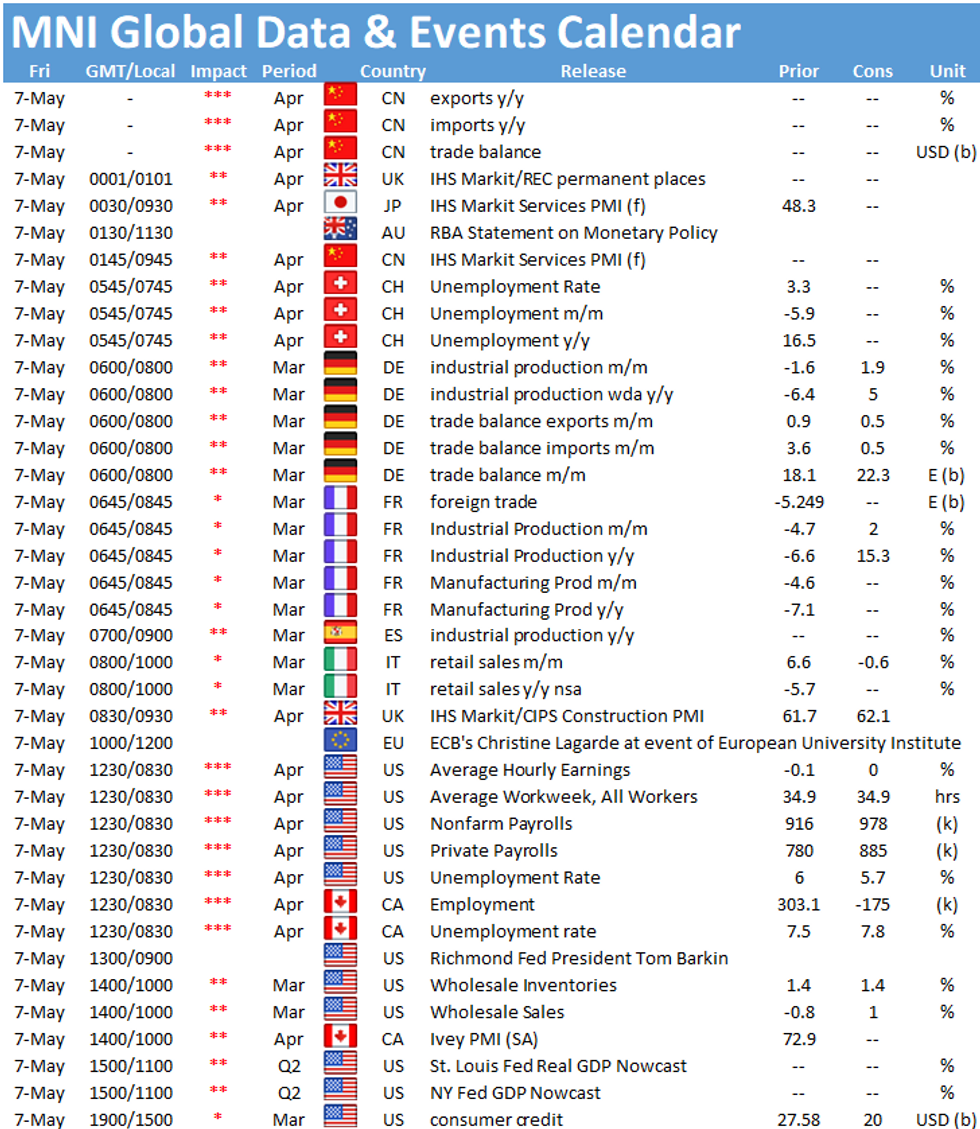