MNI BRIEF: All Fed Eyes On US CPI Data

German exports to the UK have declined steadily since the Brexit referendum in 2016 and dropped by 30% in January 2021 compared to January 2020, data published Tuesday by Destatis showed. German exports fell to EUR 66.9bn in 2020, down from EUR 89.0bn in 2015 before the Brexit vote.

Over 2020, exports decreased 15.5% compared to 2019 -- the biggest drop since the global financial crisis in 2009. Imports from the UK to Germany fell by 9.6% in 2020 compared to 2019, also the largest decline since the crisis in 2009 where imports dropped 22.1%. Nevertheless, the UK remains the fifth most important export location for German firms. 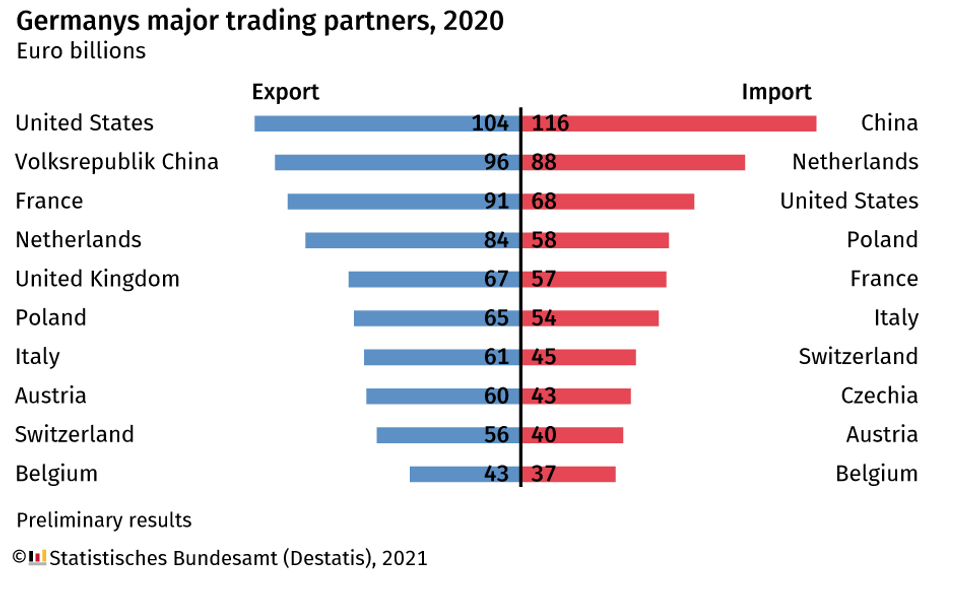