CDU Still Falling Behind Greens, Even In Laschet's Home State

UK GDP Down in Q1 Amid Lockdown

UK retail sales rebounded in April, with retailers noting sales volumes particularly good for the time of the year, with the re-opening of non-essential shops in England and Wales in mid-April bringing some much-needed relief to the retail sector, according to Ben Jones, Principal Economist at the CBI.

"The improvement in retail sales this month was driven by sectors that have performed relatively well during the pandemic, with little immediate rebound expected for more embattled sectors," Jones added.

According to the latest CBI survey, retail sales rose to +20 in April, its highest level since November 2017, following three months of sharp declines. Orders placed upon suppliers improved markedly as well to -1, up from -33 seen in March. Retailers still face challenges around inventory management and supply chains, amid shifts in consumer behaviour and uncertainty "over how long some degree of social distancing could remain in place," Jones noted 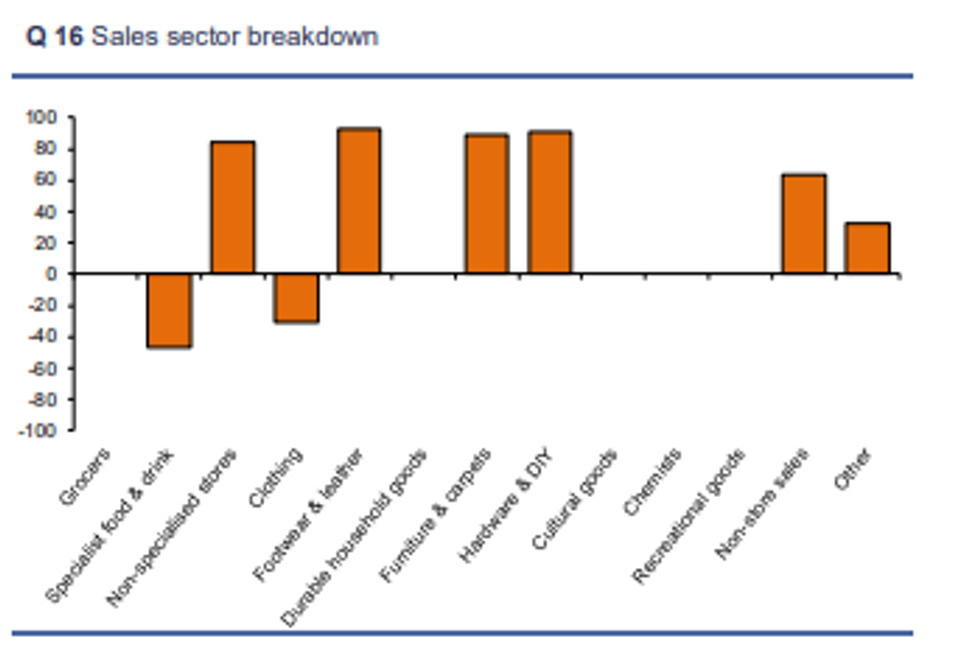