UK retail sales rose again in July, accelerating at a similar pace as seen in June and "have been at or above seasonal norms for the last four months now," Ben Jones, Principal Economist at the CBI said Tuesday, although he noted the picture is not universal, "with the clothing and footwear stores in particular yet to see demand recover to usual levels. The headline Distributive Trades Volume of Sales eased to +23, down from +25 seen in June.

Grocers provided the largest upward contribution to sales and furniture and carpet stores reported sales above seasonal norms. Internet sales slowed for the fifth successive month and were flat in July, its weakest reading since August 2009. While retail sales are expected to pick up again in August, orders are forecast to ease.

"While demand may be more stable, operational issues worsen. Relative stock levels are at a record low and expected to fall further still, while the number one worry for many firms at the minute is labour shortages throughout the supply chain as staff self-isolate." Jones added. 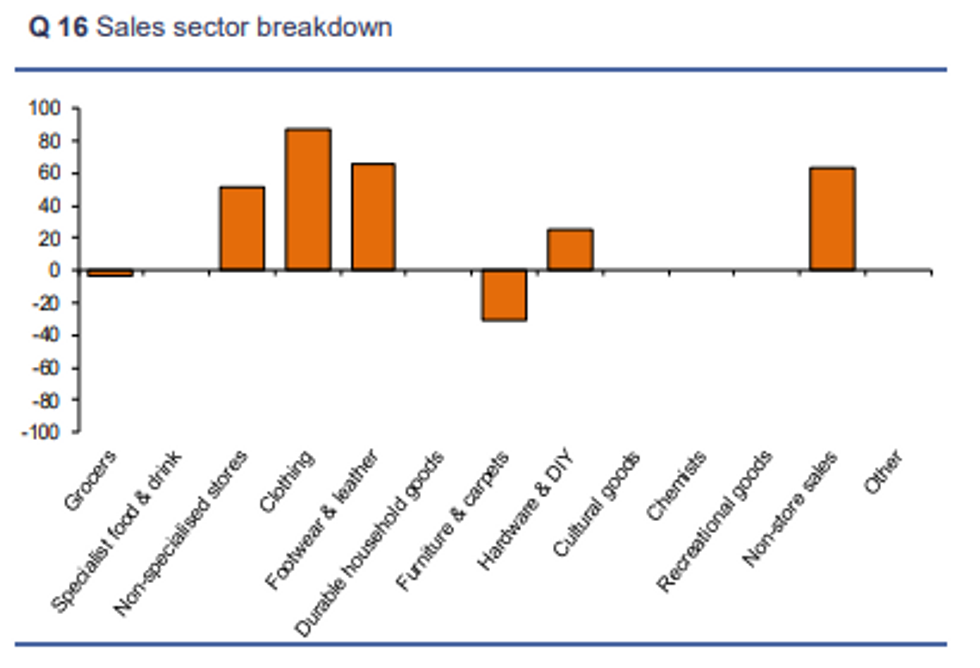