As the Delta variant spreads across the States, consumer confidence and spending likely dipped in August.

U.S. monthly retail sales aee expected to have continued to decline again in August, with analysts forecasting a 0.9% decrease following July's 1.1% drop. Falling auto sales due to inventory shortages should lead August's decline, though restaurant reservations also softened through the month as consumers wary of the spread of Delta practiced caution, as noted in MNI's latest Reality Check.

Still, analysts say the back-to-school shopping season could have offset some of that weakness, and spending was likely strong in categories like clothing and electronics, despite supply issues. Excluding vehicle sales, retail sales should fall 0.2%, according to medians and sales excluding both vehicle and gas station sales should decrease 0.1%. Control group sales are expected to fall 0.2% after a much stronger 1% decline in July.

Signs of slowing consumer activity, along with a subsequent fall in hiring across the retail and hospitality sectors, could give the Fed pause for thought on its tapering messaging ahead of the Sept. 22 meeting. 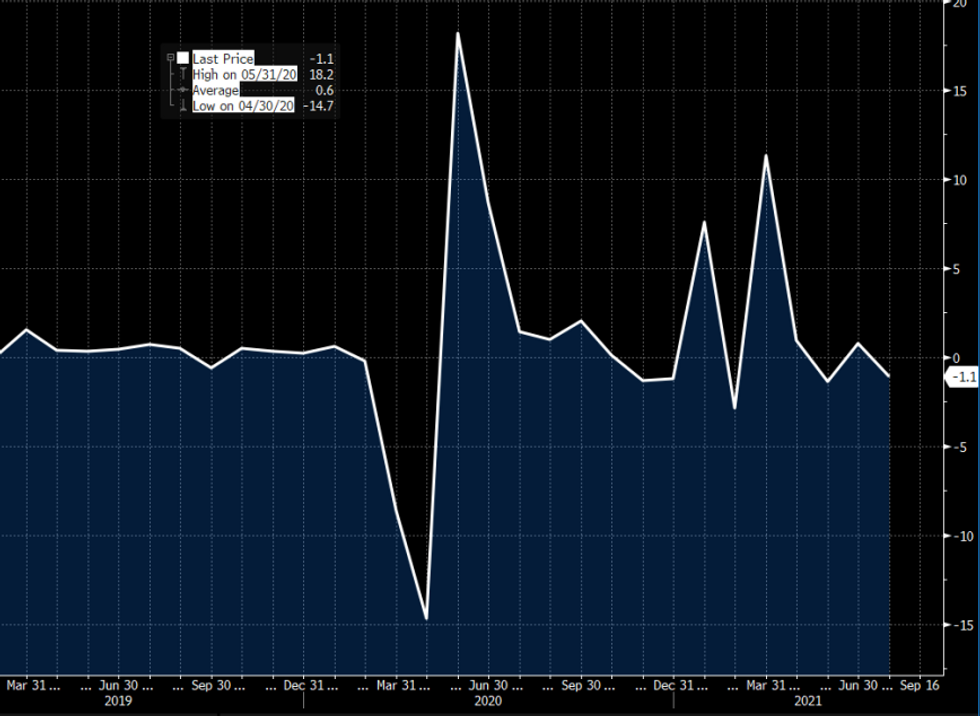