U.S. wages showed signs of cooling last month falling 0.4ppt, according to the Atlanta Fed Wage Growth Tracker, a positive sign for Fed officials who have said they'd like wage growth to slow down considerably.

The Atlanta Fed Wage Growth Tracker, which monitors people who have stayed in their job for at least a year, was still elevated in September at 6.3% on a three-month moving average, after three straight flat months at 6.7%. The gain is still well in excess of the 4.98% rise in average hourly earnings indicated by Labor Department data. The Atlanta Fed's tracker showed that people who took new jobs last month won an increase of 7.9%, down from 8.5% in July, and much higher than September's 5.3% rise for those who stayed in the same job.

Cleveland Fed President Loretta Mester said earlier this week nominal wage growth will need to moderate to around 3.25% to 3.5% to be consistent with price stability, while other Fed economists have suggested a number around 4%. (See: MNI INTERVIEW: US Can Handle 4% Wage Gains - Minneapolis Fed Econ) 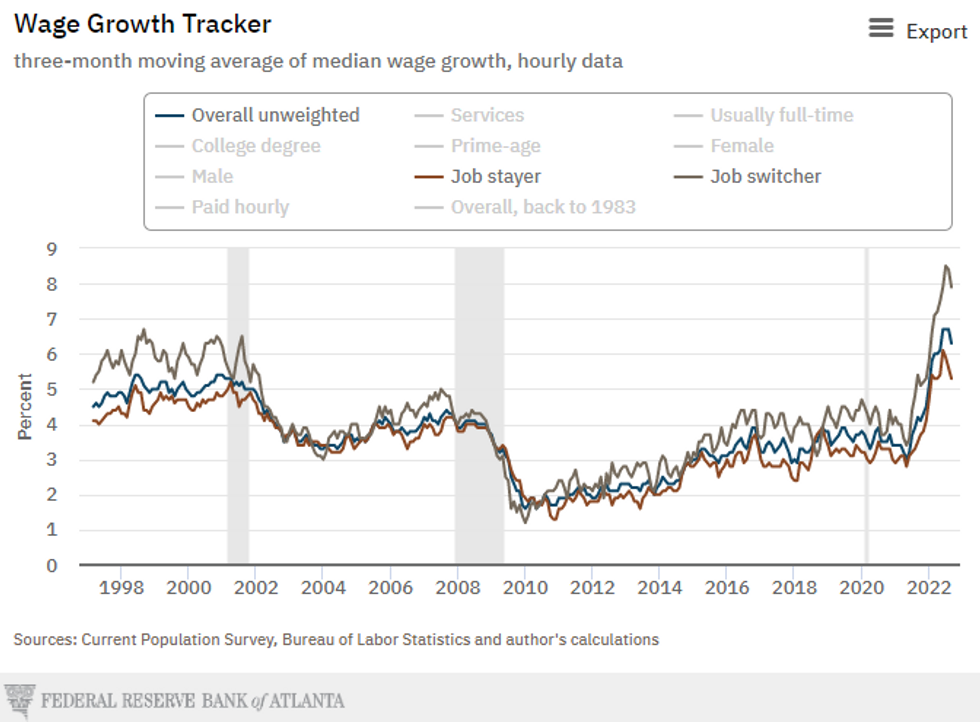