The broad trend in European bond futures is for flat-to-short positioning.

The broad trend in European bond futures is for flat-to-short positioning, though the two outright short contracts (Gilt and Bobl) are less short than they were in late December. The past week saw widespread short setting, with some longs reduced in longer-end German contracts. 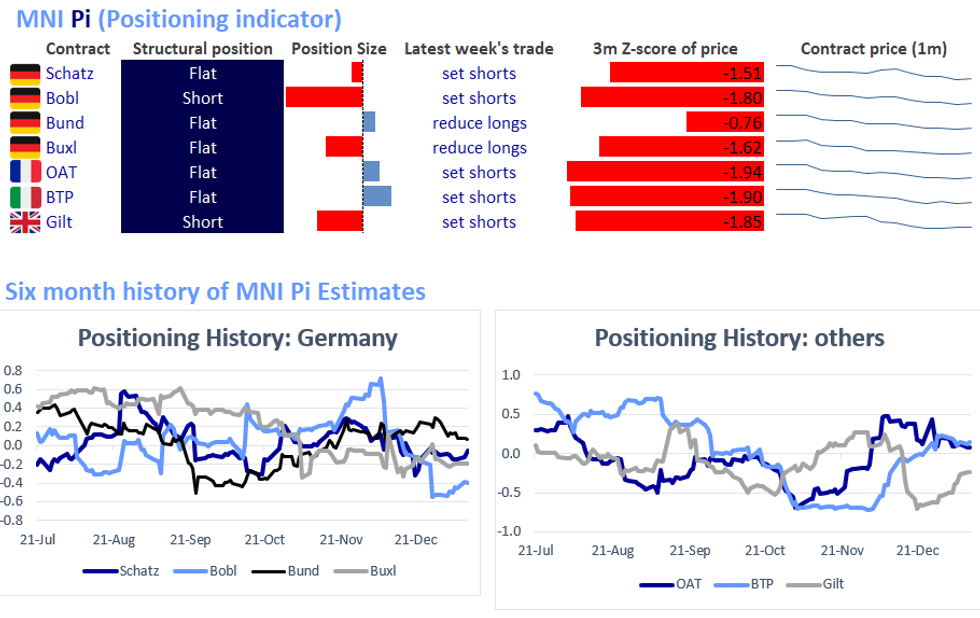