T-Notes last +0-02 at 131-26+, just shy of Asia highs (holding to a 0-06+ range since the re-open, working away from late Friday lows on limited volume under 100K), the cash curve has bull flattened, with 30s sitting ~3.0bp richer on the day. Continued focus on the knock-on impact of Friday's block sale frenzy in the equity space & talk of continued potential flow on that front (see earlier bullets for more details on that matter) provided modest support for core FI early this week, although there has been little in the way of broader market spill over, even as banks start to outline potential losses (which were seemingly driven by one, or maybe two, funds). A downtick for crude oil on the back of the refloating of the well-documented stranded ship in the Suez Canal provided another source of support for core global FI as we moved through overnight trade. Elsewhere, a 4,600 block buyer of FVM1 was seen ahead of European hours. Dallas Fed m'fing activity data and Fedspeak from Waller headline locally on Monday. Domestic focus continues to fall on fiscal/infrastructure spending matters, with President Biden set to make an address re: the latter on Wednesday.

Some modest twist flattening-like positioning swings were seen across the benchmark U.S. Tsy futures contracts in the latest CFTC commitment of traders report (covering the week ending 23 Mar '21). Positioning remains off of recent extremes across those contracts. 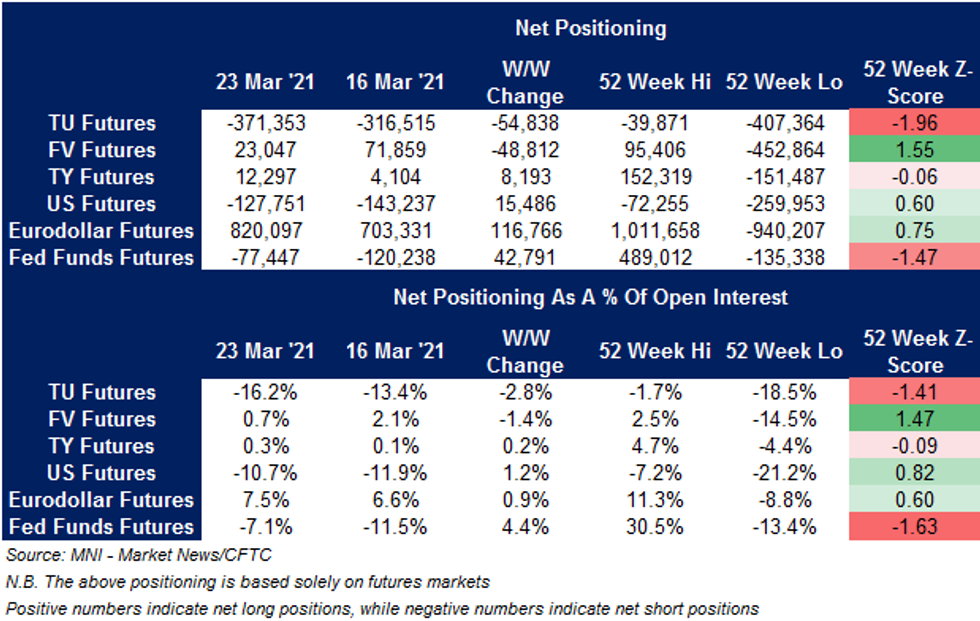 JPY led the way in thin Asia-Pac trade, as caution prevailed after Friday's well-documented stock market developments, with Nomura seen issuing a warning against "significant" potential loss from a U.S. name (which BBG sources linked to the unwinding of trades by Archegos). USD/JPY ticked away from multi-month highs registered last Friday, even as the greenback fared well against its other G10 peers.

A cautious start to the week for Asia EM FX, more weakness creeping in as US equities sell off during the session.

Most markets in the Asia-Pac region are in the green, Australia's ASX 200 is the laggard at the time of writing, down around 0.25%. Most markets are taking a positive lead from a record close in the US, markets in Japan are around 1% higher, shrugging off a loss warning from Nomura. Markets in mainland China and Hong Kong rebound from early losses as markets shrug off concerns about stock dumping. US futures couldn't manage to do the same though, and are currently in negative territory, grinding lower through the session. Archegos Capital are said to be behind the block trades seen on Friday which totalled over $20bn in value, with the liquidations forced upon the fund as existing positions moved against them.

GOLD: As You Were

Bullion continues to coil within the confines of the recently observed range, spot last dealing little changed, just below the $1,730/oz mark, with slightly lower nominal and real U.S. yields observed during Asia-Pac hours, while the broad USD (proxied by the DXY) trades a touch firmer on the day. 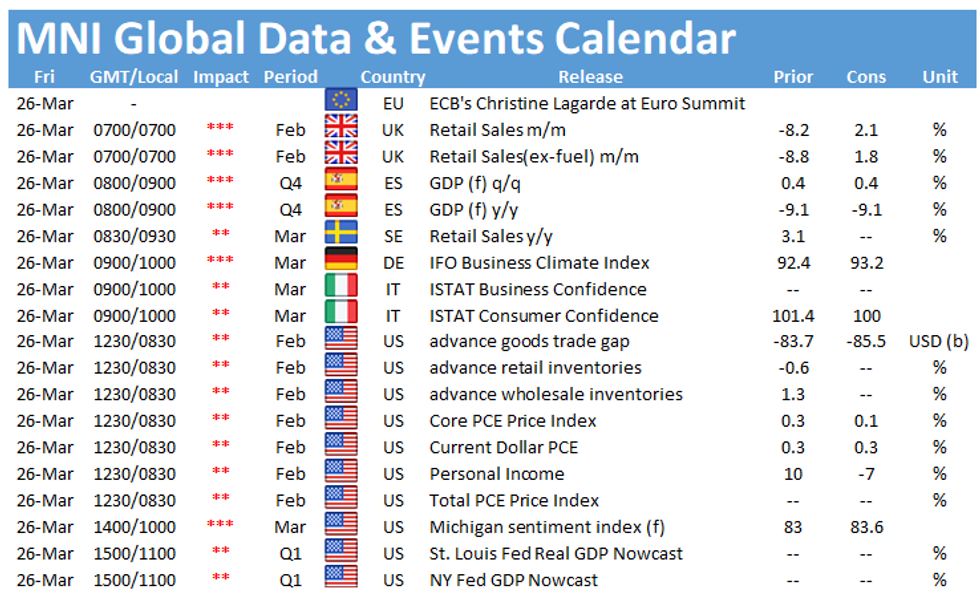