CPI In The Spotlight

T-Notes have operated in a very narrow 0-01+ range thus far, last printing +0-00+ at 132-20+, with yields little changed across the cash Tsy curve. ~100K T-Notes have traded, with ~60% of that coming in the roll. There has been nothing of note on the broader macro headline front. Comments from Kansas City Fed President George ('21 non-voter) had no impact on the space, while the limited round of COVID cases evident in China & Australia have failed to generate a reaction given the respective track records in containing the virus. In more detail, Fed's George noted that although current factors boosting inflation are likely to be transitory, she cannot dismiss today's pricing signals. On broader monetary policy matters she stressed that a flexible approach has served the central bank well and that it should maintain highly accommodative policy for some time. Tuesday's U.S. economic docket will be headlined by consumer confidence, Richmond Fed m'fing & new home sales data, which will be supplemented by Fedspeak from Quarles, Barkin & Evans, in addition to 2-Year Tsy supply.

The greenback remained heavy as regional players assessed recent Fedspeak, which poured cold water on inflation concerns. The absence of notable news/data flow helped make this the main talking point in Asia-Pac hours. The DXY extended yesterday's losses, while USD underperformed all of its G10 peers.

The greenback retreated again amid a constructive risk environment which saw most Asia EM FX gain.

EQUITIES: Green Across The Board

A positive day for equities in the Asia-Pac region, markets in mainland China lead the way higher after muted gains yesterday, the CSI 300 is up over 2%. Tech shares are outperforming after a rally in the US with Apple and Tesla both posting strong gains. In Japan markets the Nikkei 225 is up around 0.6%, there were reports in the Yomiuri have noted that Japan will extend the life of its zero-interest loan programme. In Taiwan the Taiex is up over 1.5% driven by the tech rally, shares in Australia are supported by a bounce in iron ore. Futures higher in the US, Fed's George spoke late on Monday and said she is not dismissing the risk of higher inflation, she was positive on the outlook for the economy but noted that progress still needed to be made in the recovery.

Little to add for gold over the last 24 hours, with spot dealing around the $1,880/oz mark at typing. The DXY continues to operate around the lower end of its recent range, while U.S. real yields ticked lower around on Monday. The previously defined technical setup remains in play.

Oil is higher in Asia, on track for the third day of gains. The surge over the previous two sessions equates to 6%. WTI & Brent sit ~$0.10 above settlement levels. Talks between Iran and the international community are set to continue this week with chatter that a deal can be reached soon, which would pave the way for a return of Iranian crude to the market. Iranian President Rouhani spoke with Chinese President Xi yesterday with talks centering around deeper trade ties and energy. Markets look ahead to the API US stockpile report later in the day. 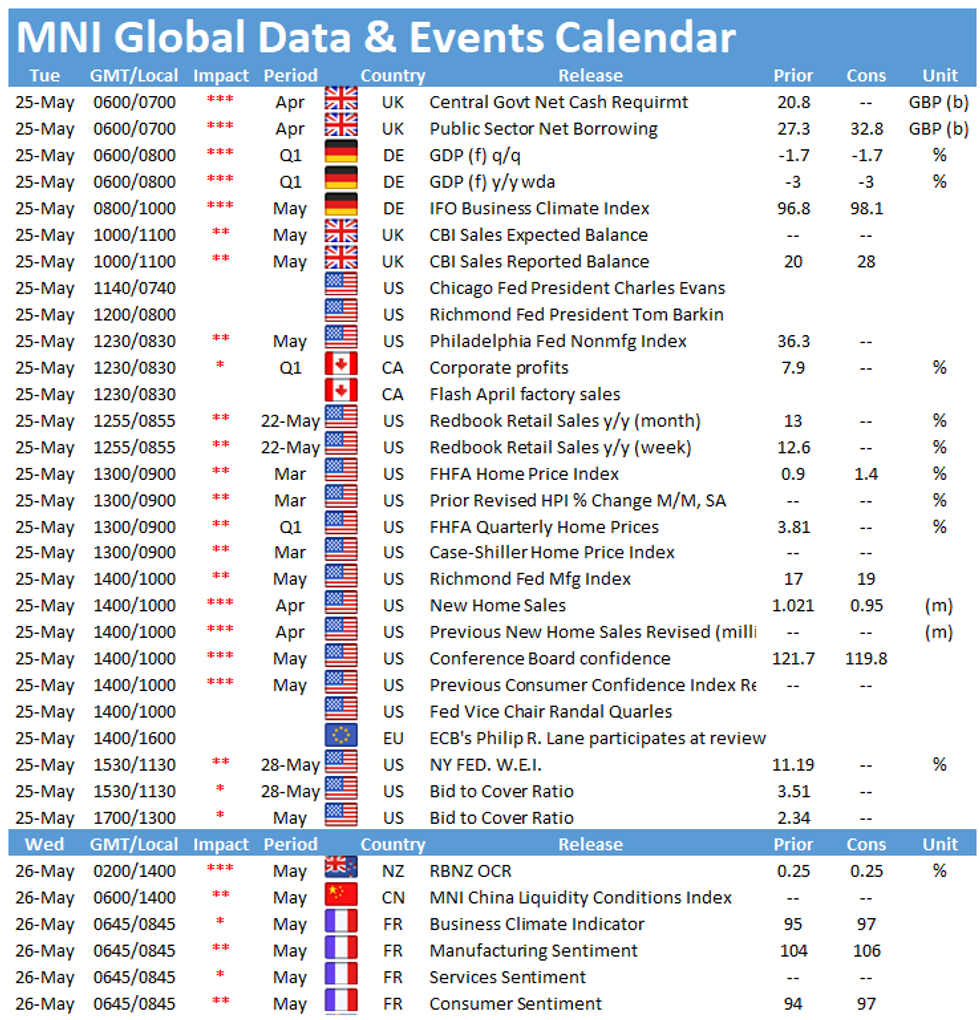