The final read of German inflation is expected to confirm December's flash estimate at -0.7%. This would mark the fifth consecutive negative reading. Destatis noted that the negative rates were mainly driven by the German VAT cut introduced in July and ends in December. Monthly prices increased 0.6% in December according to the flash estimate and markets look for an unchanged reading for the final results. Inflation decelerated to 0.4% in 2020 compared to 2019 if the flash estimates are confirmed.

The ZEW economic sentiment index is expected to increase to 57.8 in January from 55.0 seen in December, while the current conditions index is projected to deteriorate to -68.5, down from -66.5 seen in the previous month. Last month's survey noted that there is no clear upward trend yet of sentiment as uncertainty regarding the outlook remains high and economic growth in in the first quarter is likely to see a contraction. Moreover, infection rates in Germany remain high and restrictions got tightened in January which weighs especially on the current conditions index. However, the start of the vaccination program should provide a boost to economic sentiment in the coming months. The recently released Sentix index suggests an upside risk with current conditions rising to the highest level since March and expectations recording an all-time high.

The main events to follow on Tuesday include comments by U.S. Treasury Secretary-nominee Janet Yellen and BOE's Andrew Haldane. 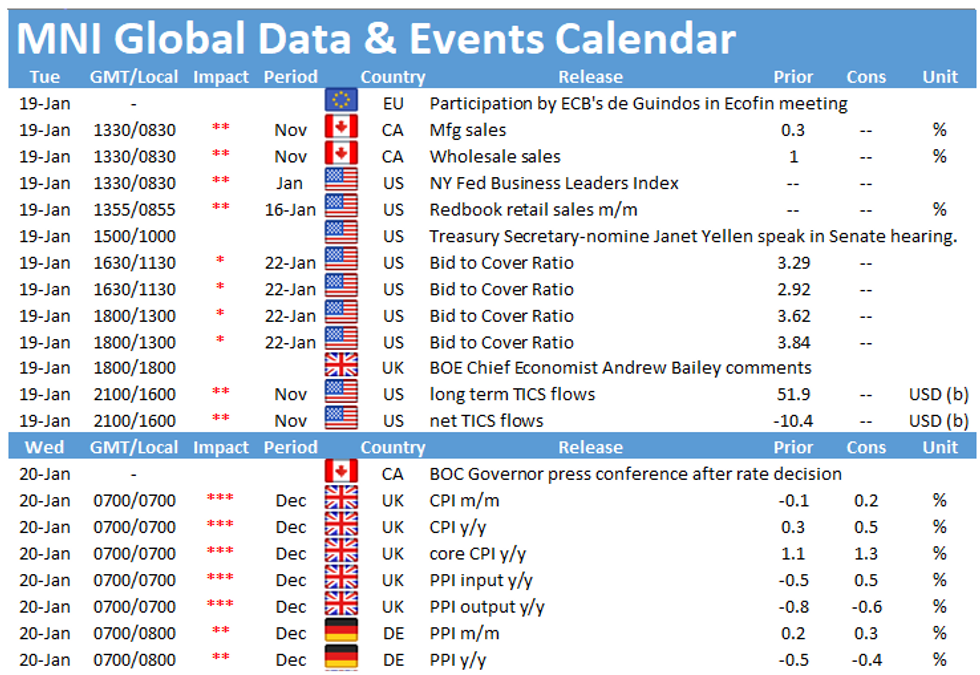