Deeper in the red going into the EU cash open

Friday throws up a busy data session, with the main publications including the release of flash GDP figures for France (0630BST), Spain (0800BST), Italy and Germany (both at 0900BST) and the EZ (1000BST). At 1000BST the release of EZ flash inflation will also be closely watched. The highlight of the day in the US is the release of the MNI Chicago Business Barometer at 1445BST.

Flash GDP figures for the four biggest economies in the EZ are released on Friday and markets expect almost all of them to post a decline. The first quarter was characterized by rising infection rates and a tightening of lockdown measures, which is likely to lead to GDP contractions in most EZ countries.

Germany is expected to record the largest decrease with markets looking for a drop of 1.5% in Q1, following a small uptick of 0.3% in Q4 2020. The Spanish and Italian economy are both forecast to contract by 0.5% on a quarterly basis, while the French economy is projected to grew by 0.1%. The overall EZ GDP is expected to decrease by 0.8% in Q1, following a 0.7% drop in the previous quarter.

Looking ahead, with countries planning to ease lockdown measures and surveys pointing to robust business activity, Q2 should see a consumption driven rebound.

EZ inflation is forecast to rise further in April to 1.6%, which would be the highest level since April 2019. Inflation started pick up at the beginning of the year, following several months of negative rates which were driven by the German VAT cut and energy inflation. Since the end of VAT cut, the headline CPI started to increase and energy price base effects will drive inflation higher in the coming months. These factors are likely to fade out early next year. The recent ECB survey of professional forecasters sees inflation expectations at 1.6% in 2021 and longer-term inflation is seen at 1.7%.

The Chicago Business Barometer rose to 66.3 in March, its highest level since July 2018, but markets expect the index to decline to 64.5 in April. Among the main five indicators, Production saw the largest gain, while Order Backlogs saw the biggest drop in March. Firms continued to experience supply chain constraints with raw material shortages and logistical problems, which led to an increase of Supplier Deliveries to the highest level since 1974 and pushed up the headline index.

Similar survey evidence suggests that the supply chain issues persist in April, leaving the Supplier Deliveries indicator at an elevated level. Other surveys suggest an upside risk. The Kansas City manufacturing index, the Dallas Fed business activity index as well as the Empire State manufacturing index all posted monthly gains in April. The US flash IHS manufacturing PMI even jumped to a record high in April.

The only event scheduled is Dallas Fed's Robert Kaplan moderating a Q&A session. 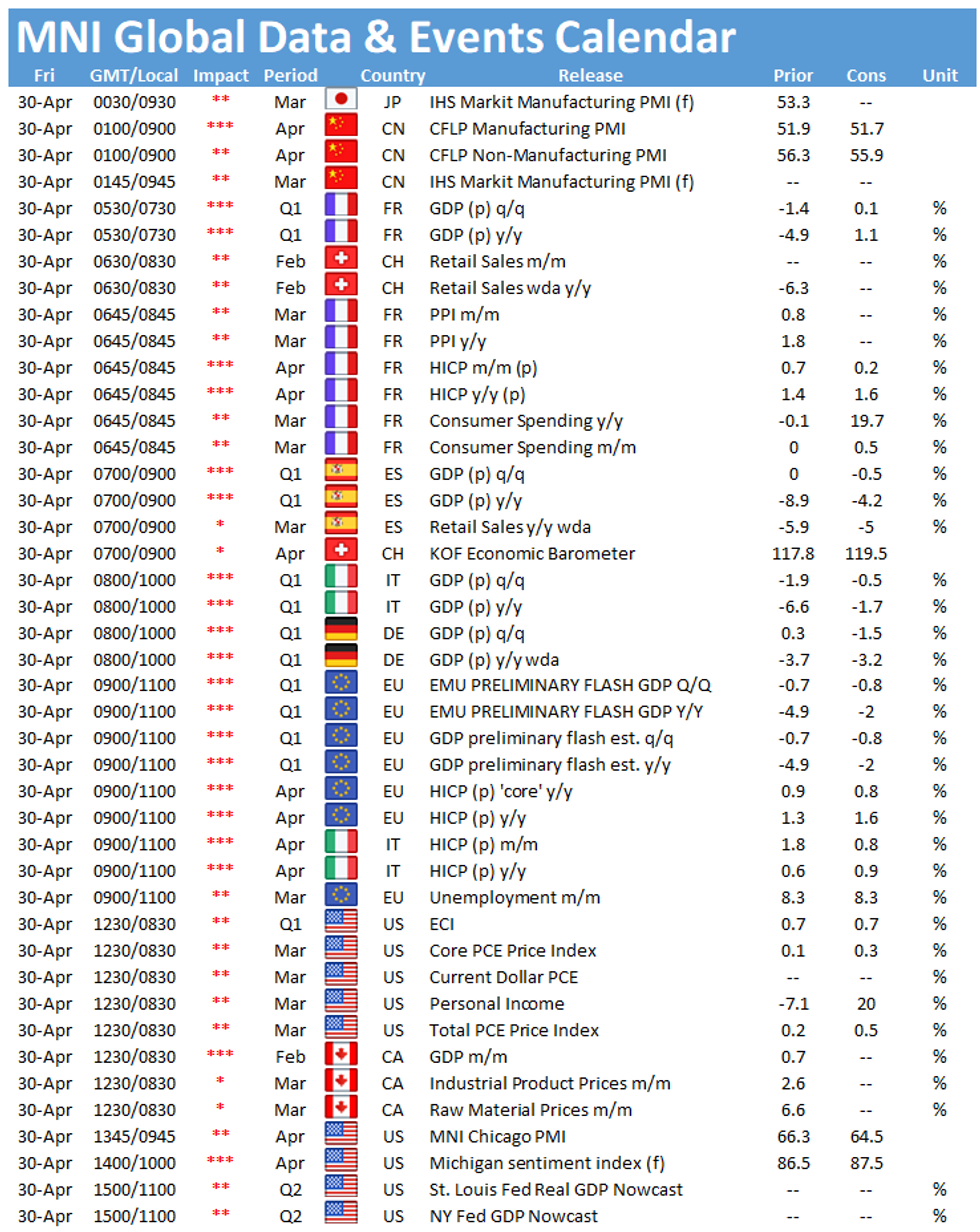