Futures Off Lows, Still Heavy On The Day. Tech Update.

The European calendar sees Spanish final September inflation released at 0800BST, with the final number expected to be unchanged on the flash reading, coming in at 1.1% m/m and 4.0% y/y.

Swedish inflation is expected to show a pick-up in y/y headline inflation to 3.0% from August's 2.4%.

U.S. initial jobless claims are expected to see another modest decline, slipping to 325,000 from 326,000 last week. Continuing claims should fall to a fresh post-pandemic low of 2.696 million.

Factory gate inflation in the U.S. is again seen higher, with analysts forecasting a rise to 8.7% from 8.3% previously. Core PPI is expected to rise to 7.1% y/y.

Thursday will throw up a full slate of policy speakers, with BOE MPC members Catherine Mann and Silvana Tenreyro due to speak, as well as Fed Presidents Patrick Harker, Raphael Bostic, Mary Daly and John Williams. 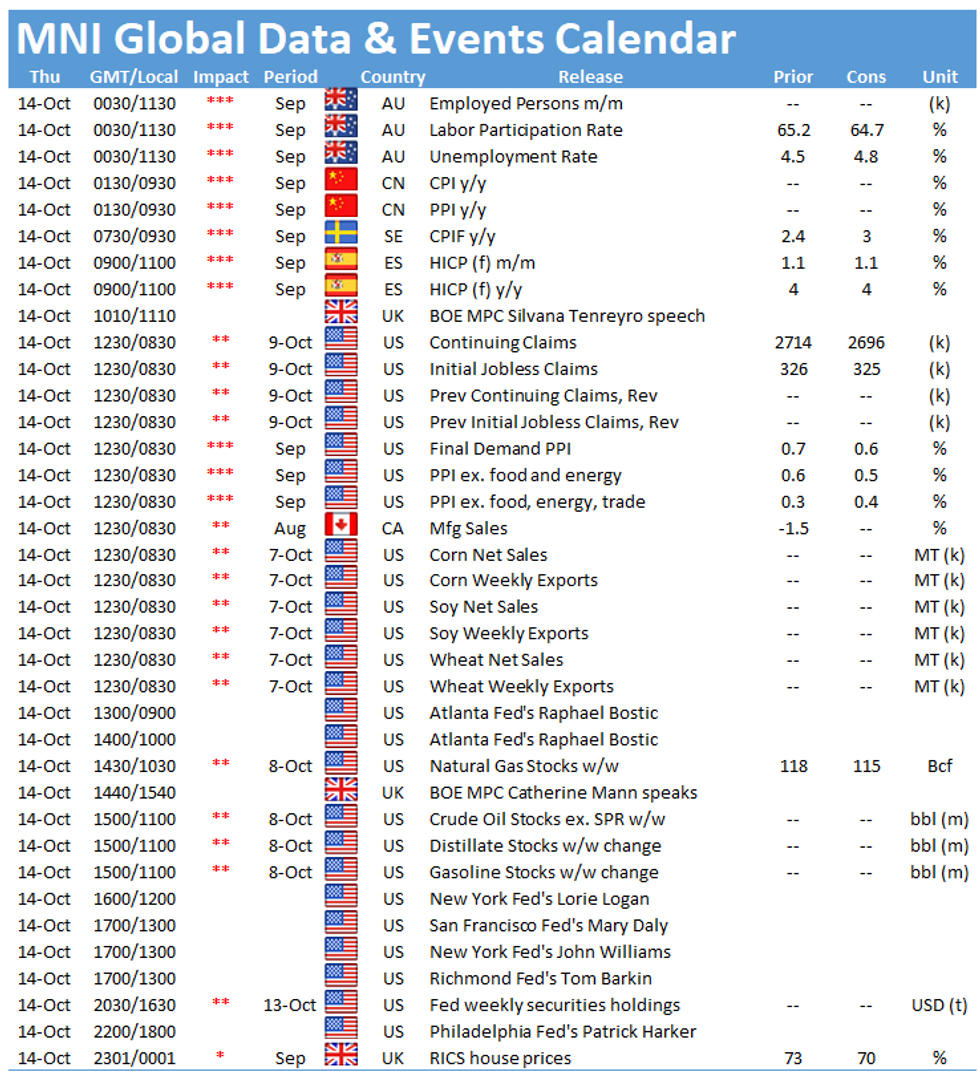