MNI BRIEF: Fed Kaplan:Labor Market May be Tighter than Assumed

MNI: FED'S KAPLAN SAYS UNEMPLOYMENT MAY DIP BELOW 4% BY END OF YEAR

MNI BRIEF: Fed Kaplan:Labor Market May be Tighter than Assumed

MNI STATE OF PLAY: BOE To Look Through Inflation Overshoot

Light risk aversion crept in amid concerns over potential delay to the U.S. Covid-19 relief package, spread of new variants of the virus and questions surrounding the pace of vaccine rollouts. Participants shied away from the Antipodeans with regional liquidity thinned by a market holiday in Australia. New Zealand confirmed that its latest Covid-19 patient was infected with the South African strain, but stopped short of changing national alert levels. AUD/NZD was poised to extend its four-day losing streak, but struggled to move through support from the NZ$1.0700 figure/100-DMA.

Asian EM FX was mixed on Tuesday but within narrow ranges, equities declined in the region as risk off sentiment took hold after indications that the US stimulus package could take several months to pass.

EQUITIES: Red On The Screens

Asia-Pac equities pressured lower on Tuesday as risk off sentiment takes hold in the region. Investors are considering delays to the proposed stimulus package in the US which has impacted risk tone. The Hang Seng led the way lower in the region, losing around 2.4% after rallying last week. Tencent added some downward pressure on profit taking after the firm's market value rose to the cusp of $1tn for the first time yesterday. The PBOC unexpectedly withdrew CNY 278bn of liquidity from the system and a PBOC adviser said he saw a stock bubble which exacerbated downward pressure.

Lower U.S. real yields have competed with the uptick in the DXY over the last 24 hours, although the respective moves have edged away from extremes, with spot gold a touch higher over that timeframe, but ultimately little changed after dealing either side of where we sit now, $1,860/oz in spot trade. The technical parameters flagged in recent days remain in play.

Oil is lower in Asia-Pac trade on Tuesday, with WTI & Brent siting $0.40 below their respective settlement levels. 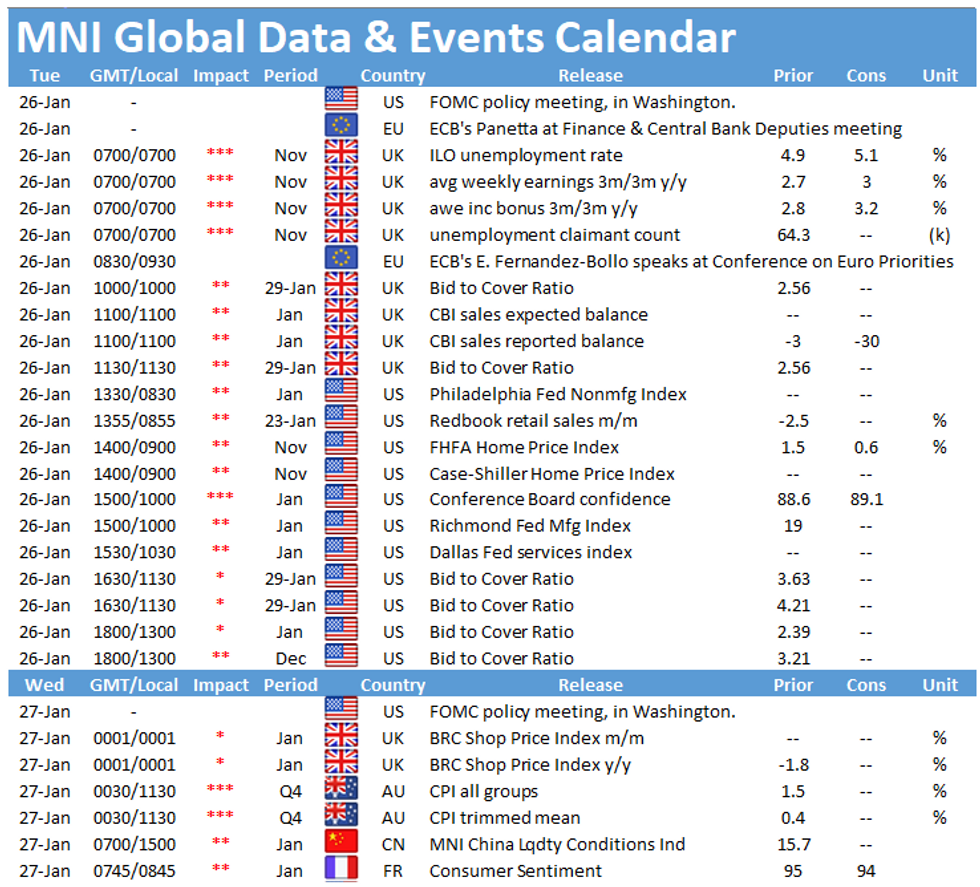