Regional elections in the Spanish capital on 4 May threaten to deal a significant blow to the federal government of Prime Minister Pedro Sanchez, with the high-profile and bitter election looking likely to result in the election of a right-wing coalition involving the far-right nationalist Vox party.

Madrid's regional assembly election, to be held on 4 May, has turned into one of the most bitter, ill-tempered, and rhetorically violent campaigns Spain has seen in decades. Bullets and death threats have been posted to the leader of a left-wing party, the head of the Civil Guard, and the Spanish interior minister, while highly-charged terms such as 'communist' and 'fascist' have re-entered the political lexicon less than 50 years since the end of the Franco regime.

Incumbent regional president, Isabel Díaz Ayuso, from the centre-right People's Party (PP) has fought the campaign on a platform of limiting controls on social and economic life due to the pandemic, a strategy that looks set to pay off with opinion polls showing the PP leading comfortably. However, the party looks set to fall short of an overall majority and as such would require a coalition partner. 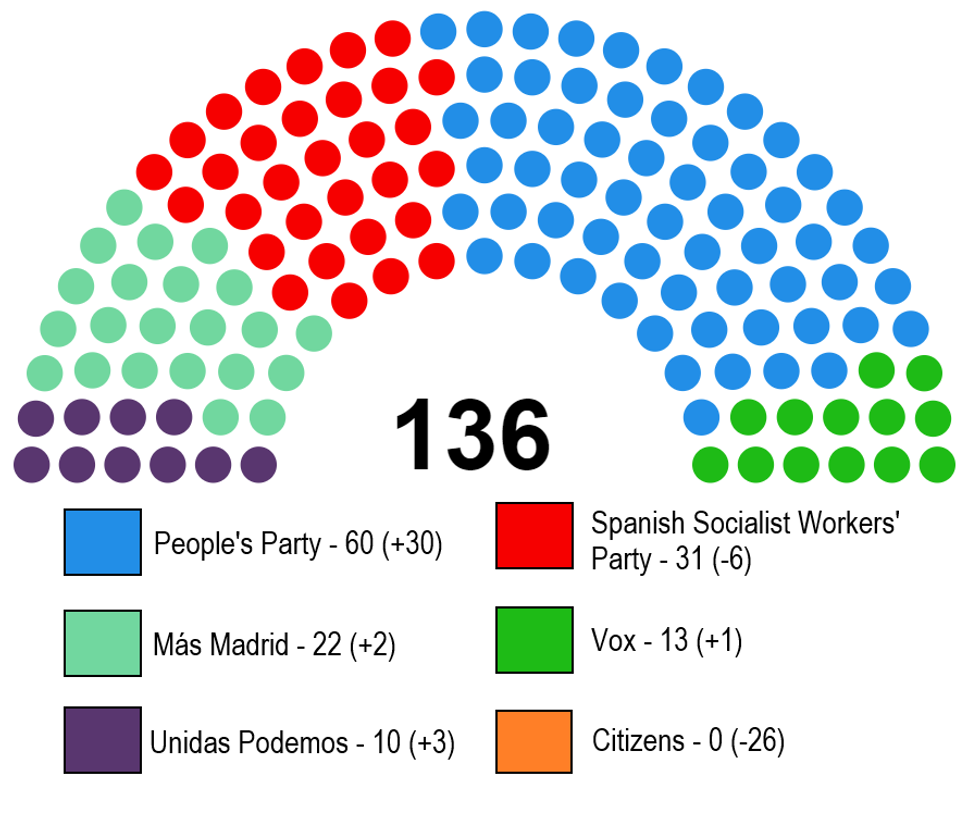