The Chicago Business Barometer rose in January, with the headline index higher by 5.1 points at 63.8, hitting the highest level since July 2018, boosted by a pick-up in activity at the beginning of 2021. The gain was in contrast to financial market expectations of a decline on December's number. 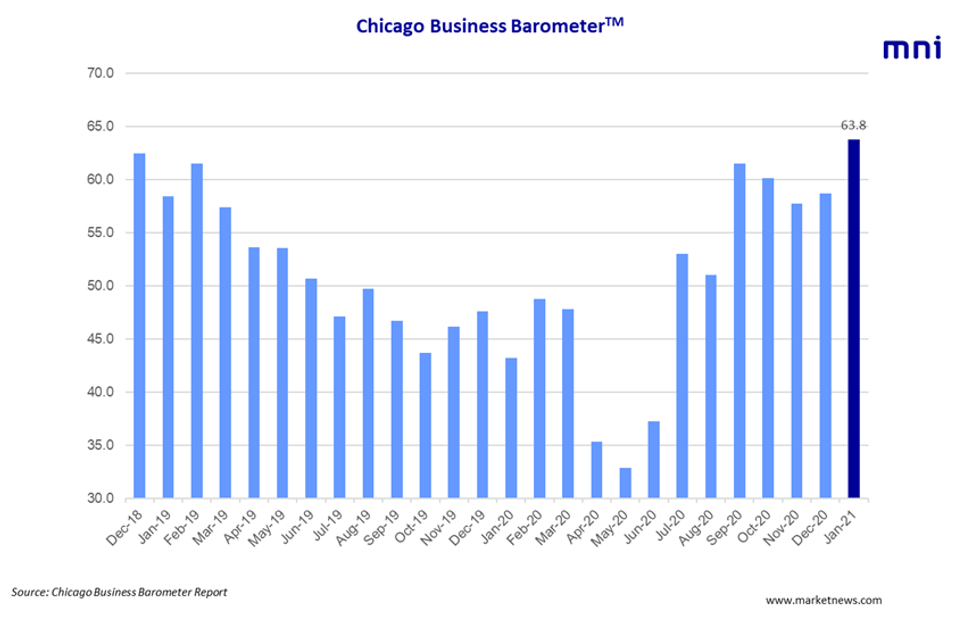 Order Backlogs grew for the third consecutive month, higher by 6.9 points to a 23-month high of 60.1. The indicator has been in expansionary territory since September 2020. Meanwhile, Inventories continued to rise, up 6.2 points to the highest level since October 2018. The index stands at 55.1 in January, the first above the 50-mark since May.

Employment showed the largest monthly decline and slipped 4.5 points to 43.4 in January, the nineteenth straight reading below the 50-mark.

This month's special question asked, "How is the recent increase in Covid-19 infection rates affecting your business?" The majority, at 50%, reported a mild negative impact of the recent increase in Covid-19 cases on business, while 31.8% had no impact on their activity. Just 2.3% of respondents saw a strong positive impact on their business and 15.9% noted a strong negative effect.

The January survey ran from January 4 to 18.