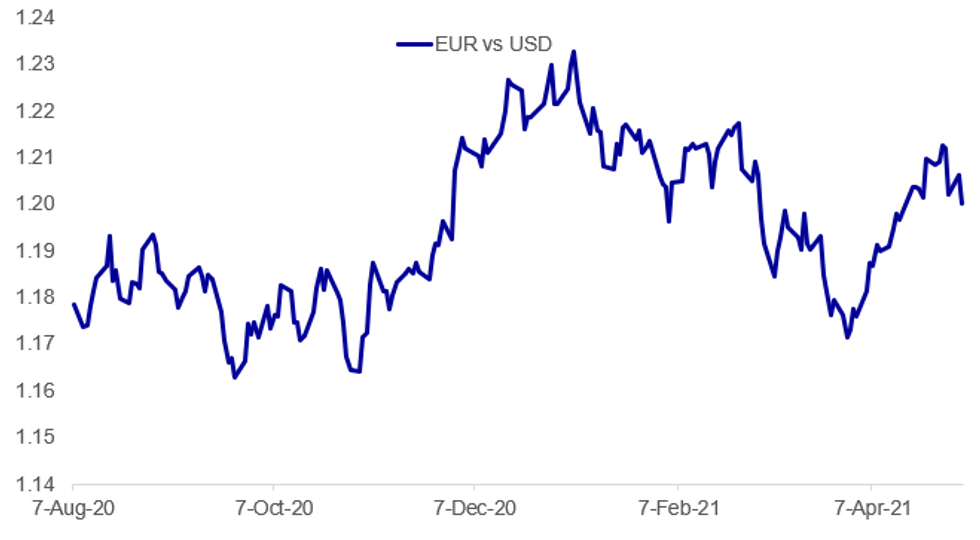 U.S. BANKS (BBG): Several large U.S. banks have held conversations with large corporate clients about moving cash away from deposits and into money market funds, the Financial Times reports, citing people familiar with the matter. The F.T. adds that this move has followed the Fed decision in March to end the pandemic-related measures which allowed banks to have looser capital requirements.

R.B.A. (MNI STATE OF PLAY): The Reserve Bank of Australia maintained policy settings as expected and said it will wait until July to consider any extension of its QE program and its yield target to government bonds maturing in November 2024. The bank held the official rate steady at the historic low of 0.10%, maintained its AUD200 billion bond purchase program and the parameters of its term funding facility for commercial banks. For full article contact sales@marketnews.com

E.C.B. (BBG): There is overblown alarm about a possible wave of insolvencies engulfing the European economy as governments taper aid for firms, Bank of France Governor Francois Villeroy de Galhau said. The number of insolvencies has been around 40% below normal since the pandemic struck Europe, making it difficult for courts to operate normally and prompting governments to provide blanket support to companies. "A catch-up effect in the coming period would not signify an economic breakdown, but a return to a more natural tempo," Villeroy said in a speech at a European Investment Bank conference.

ITALY/BANKS (BBG): Italy is mulling extending the fiscal benefits for banking mergers and acquisitions it introduced at the end of last year, according to a draft decree seen by Bloomberg.The move could further entice potential buyers of state-owned Banca Monte Paschi di Siena SpA, which Italy must sell before the end of 2021 as part of an agreement with the European Union.The preliminary draft, which is still under discussion and subject to change, raises the tax relief for buyers from 2% to 3% of assets. It also pushes back by six months, to June 2022, the deadline to make use of the relief.

INDIA/CRICKET (BBG): India's cricketing regulator suspended the Indian Premier League after multiple players contracted Covid-19, bringing a temporary halt to a tournament that has divided the nation on whether it was appropriate to play sport as thousands of citizens die each day.The Board of Control for Cricket in India, in an emergency meeting, decided to defer the Indian Premier League 2021 season, according to an emailed statement. The BCCI will help arrange for the "secure and safe passage" of all the participants in IPL, according to the statement.

SPAIN POLITICS: Madrid holds elections for its regional assembly today with incumbent regional president, Isabel Diaz Ayuso from the conservative People's Party (PP), looking likely to retain power. Polls indicate that in order to form a majority administration the PP will require support from another party, which is likely to come in the form of the right-wing nationalist Vox.

GERMANY: Germany's auto industry saw business conditions at a two-year high in April, with expectations also improving markedly, the Ifo Institute said Tuesday. "Carmakers have now overcome the slump they suffered due to the coronavirus," according to Klaus Wohlrabe, Head of Surveys at ifo. However, supply issues are a concern, with 60.4% of the responding firms planning to introduce short-term work again due to the shortage of silicon chips. Employment plans in general continue to signal job losses in the industry, reflecting a structural change towards electrical vehicles, where the production is less labour intensive, Ifo note.

BANK OF THAILAND (MNI STATE OF PLAY): Thailand's central bank is expected to cut its domestic growth forecast for the second time this year as a resurgence of the virus impacts the economy but leave its policy rate unchanged at the record low of 0.50% as any cut could further weaken the baht. For full article contact sales@marketnews.com

A calmer morning session for Govies 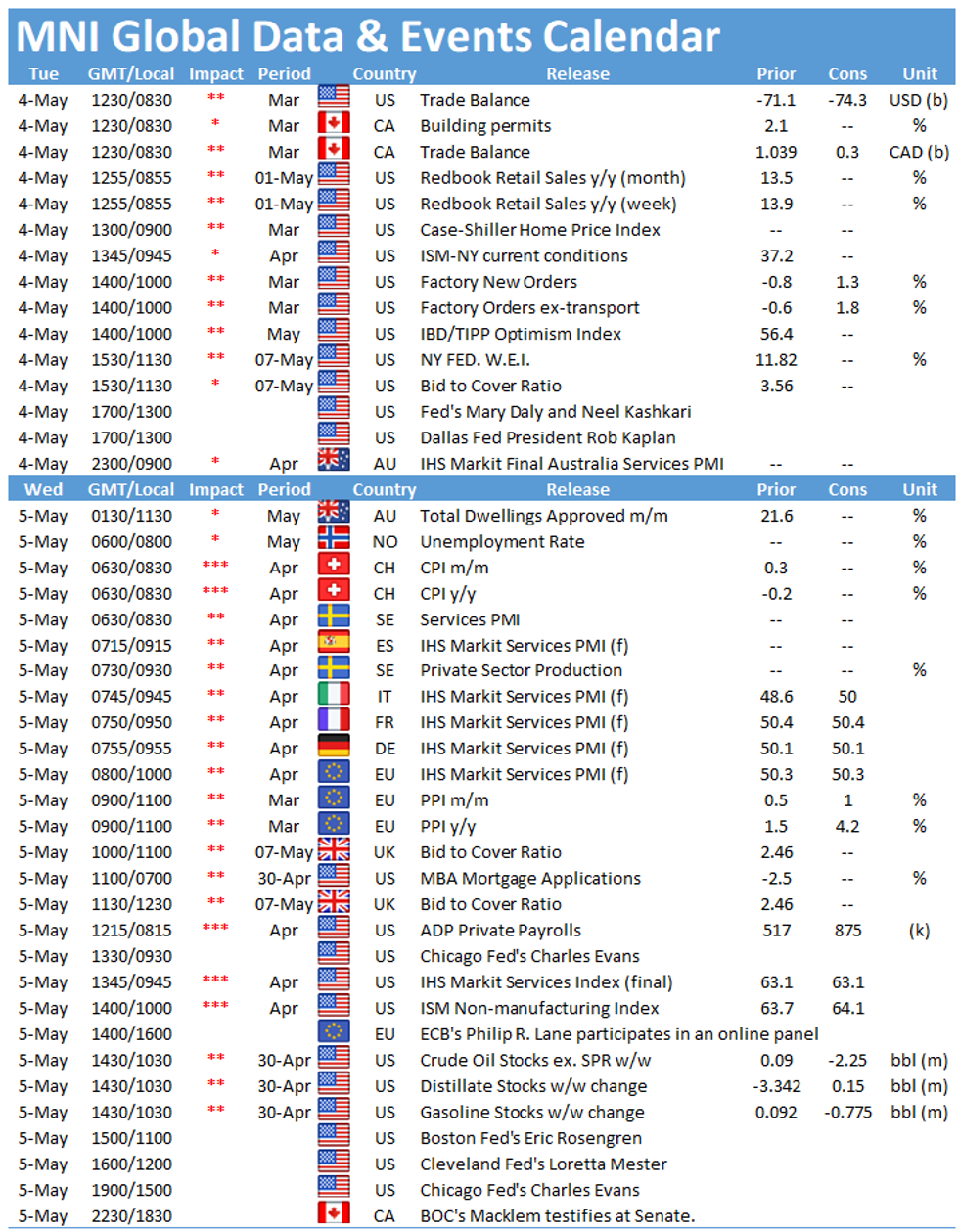