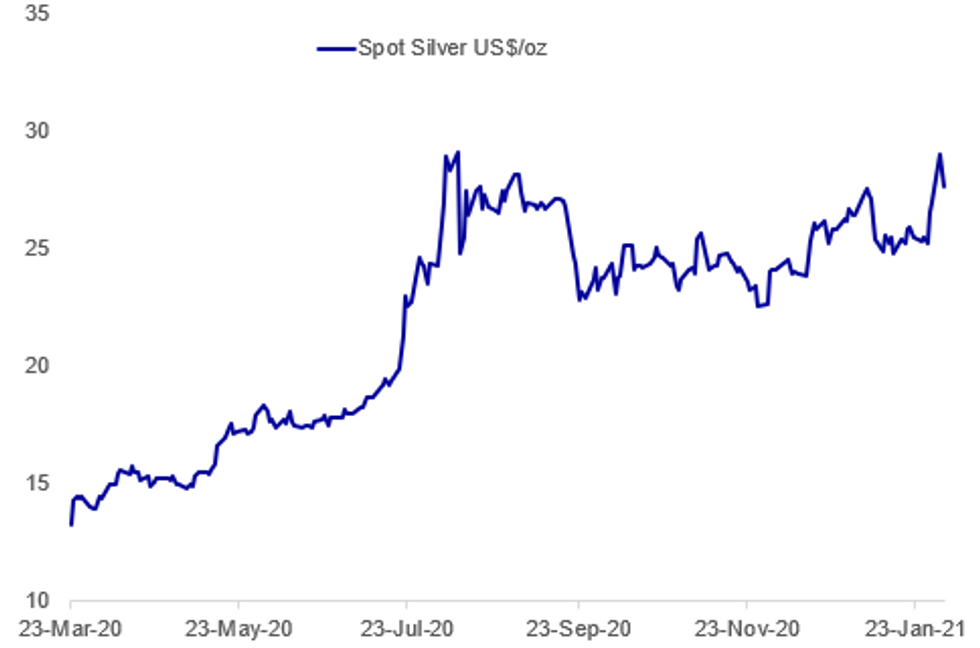 MARKETS (BBG): The investor frenzy that stoked wild gains in everything from GameStop Corp. to silver is showing signs of fatigue. The metal dropped more than 5% on the Comex Tuesday, sinking from an eight-year high after margin requirements were raised and analysts cautioned against chasing the rally. GameStop, whose Reddit-inspired surge set off a flurry of buying in other heavily shorted stocks, sank 16% in after-hours U.S. trading on Monday, extending a 31% plunge during the regular session. Other high-flyers including AMC Entertainment Holdings Inc. and Koss Corp. also slumped in late New York trading. Some of last week's biggest gainers in Asia, including China Literature Ltd., lagged behind benchmark indexes on Tuesday.

RBA: The Reserve Bank of Australia expanded its quantitative easing program by AUD100 billion despite upgrading its labour market forecast and said it will maintain current record low interest rates "until 2024 at the earliest." Although the recovery was "well under way and has been stronger than was earlier expected," the economy needed ongoing support, the RBA said as it left its cash rate unchanged at 0.10% on Tuesday. While the rate decision was widely expected, the move to double the size of its QE program announced last year came as a surprise. The first AUD100- billion QE program, set to end in mid-April, will now be extended with the central bank continuing to purchase AUD5 billion in longer dated Commonwealth and state government debt each week.

SNB (BBG): Swiss National Bank President Thomas Jordan says outlook for the economy remains uncertain amid the pandemic and gross domestic product won't reach its pre-crisis level until 2022, according to comments at a Le Temps conference in Lausanne. With inflation low, fiscal and monetary policy must stay expansionary

U.K. DATA (BBG): U.K. house prices fell last month for the first time since June as a temporary cut in the tax on purchases approached its expiration date.Values fell 0.3% from a month earlier to an average of 229,748 pounds ($314,000), Nationwide Building Society said Tuesday. They climbed 6.4% from a year earlier, slowing from 7.3% in December.

A steady session for Core Bonds, with curves bear steeper this morning

The single currency is extending recent losses, with the EUR again among the poorest performers in G10. EURUSD accelerated losses on the break through Monday's low to hit lowest levels of the year and lowest since early December. This has opened support at the Sep 1 low and former breakout level at 1.2011. Below here, the 100-dma undercuts as support at 1.1962.

CAD is the best performer in G10, with NOK not far behind as WTI and Brent crude futures post decent gains. Oil trades with gains of over 2% as USD weakness buoys commodities, helping crude futures chew through near-term resistance.

Data has been few and far between this morning, although Eurozone GDP for Q4 came in ahead of expectations, but still showed sharp contraction of 5.1% over the year.

There are no tier one data releases crossing later today, keeping focus on the speaker slate. This includes ECB's de Cos, Fed's Kaplan and Mester. US earnings could draw some focus, with Pfizer, ExxonMobil, Alphabet and Amazon all due today.

Equities globally are higher, with big US earnings anticipated today (Amazon, Alphabet, UPS, Pfizer among them). 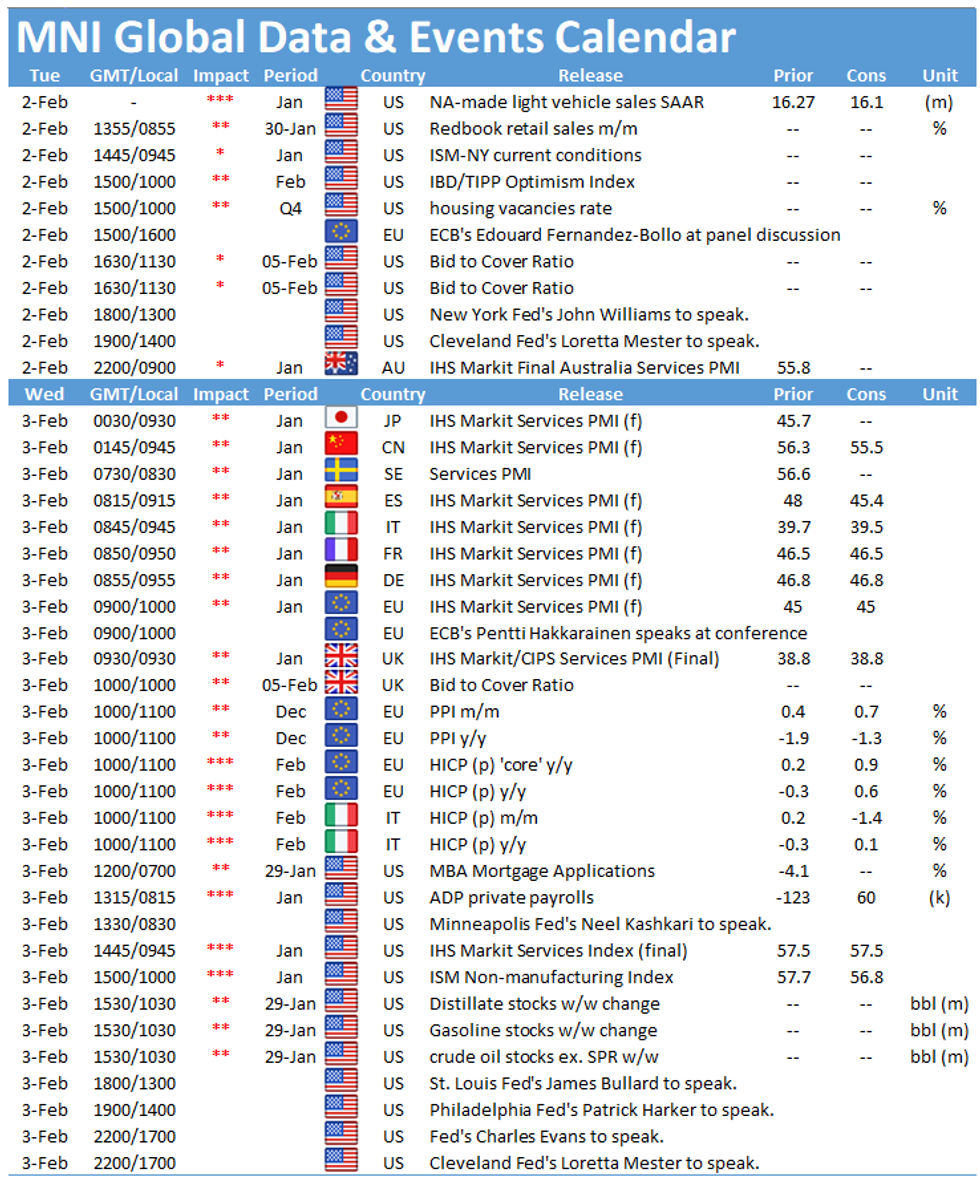