Sights Are On The Bear Trigger

MNI US Open: Stocks Strong Into Month-End And (Long) Weekend

ECB: With the European Central Bank's Governing Council set to reassess the pace of PEPP purchases at next month's meeting, Executive Board member Isabel Schnabel has stressed that the "whole concept of PEPP is inconsistent with the idea that there will be a mechanical tapering of asset purchases," and could instead be linked more explicitly to financing conditions. In an interview published Friday, Schnabel expressed scepticism towards elements of average inflation targeting, and said the case for transferring PEPP's flexibility into the APP -- in terms of the pace and jurisdiction of asset purchases -- would have to be assessed very carefully as part of the ongoing strategy review.

ECB/BANKS (RTRS): Restrictions imposed last year on bank dividend payouts due to the economic crisis caused by the coronavirus pandemic are likely to be lifted in September, the head of the French central bank said on Friday. "Restrictions on dividends can and should be lifted from next September," Francois Villeroy de Galhau told journalists, speaking in his role as head of the ACPR French financial regulator. "It's a question of the attractiveness of our financial institutions against the backdrop of intense international competition," he said. The European Central Bank's final decision is due by the summer break, he added.

B.O.E. (BBG): Bank of England Chief Economist Andy Haldane speaks in an interview with the Centre for the Study of Financial Innovation posted on YouTube. "An atypically sharp recession will be followed by an atypically sharp recovery. That means we shouldn't be expecting the same policy playbook as we did after thew global financial crisis"" Then, policy stimulus stuck around a long, long time. This time the recovery will be very rapid" "We as policy makers should be more ready to withdraw our stimulus. If we don't, it does carry some risk of over-egging this particular pudding, by which I mean demand outstripping the economy's supply side" and boosting inflation.

U.S.-CHINA (BBG): - The Senate was moving slowly toward passage of an expansive bill to bolster U.S. economic competitiveness and confront China's rise, debating some last amendments before a final vote.The legislation cleared an initial procedural vote after a deal was struck between Senate Majority Leader Chuck Schumer and Republicans on some changes to the bill. But the debate dragged into Friday morning as several Republicans demanded consideration of additional amendments and objected to voting without fully reading the lengthy bill.

U.S./COVID VACCINES (WSJ): WSJ On Twitter: The FDA and Johnson & Johnson expect to announce as early as Friday that contamination problems at a Covid-19 vaccine plant in Baltimore are resolved, clearing the way for millions more doses to become available.

E.U.: Yesterday the final two member state national parliaments approved the European Commission's Own Resources Decision, which will allow the Commission to issue debt in order to fund a EUR750bn COVID-19 recovery fund (the Recovery and Resilience Facility). The Austrian Federal Council and the Polish Senate both approved the decisions, with the formality of approval from each nation's president the final procedural hurdle to cross. 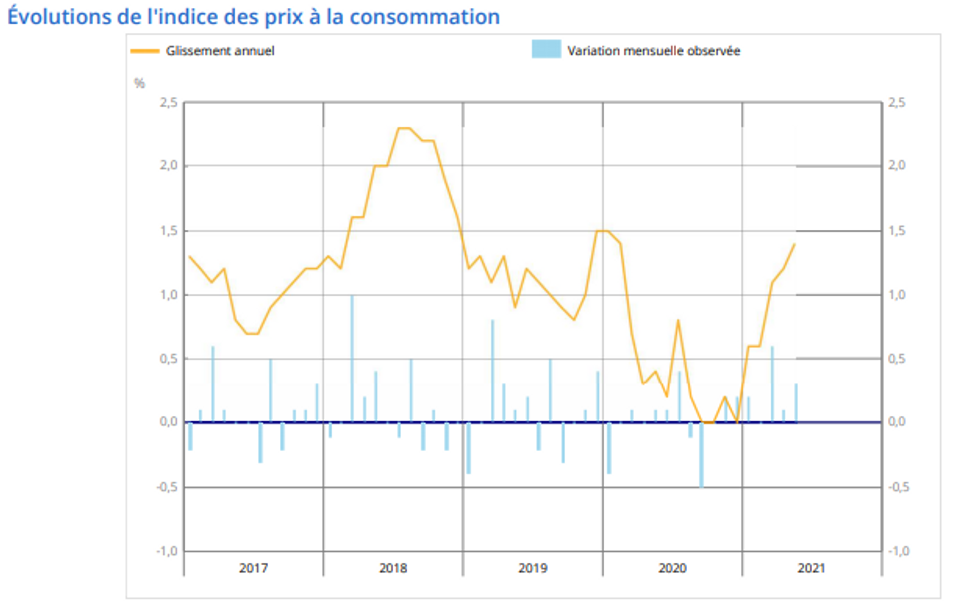 EZ ESI Beats Expectations in May

FIXED INCOME: Busy data day at month-end ahead of the holiday

After some initial Bund-led weakness on the open, cored fixed income has recovered and is now trading almost flat to yesterday's close.

EQUITIES: Shaping Up To Be A Strong End To The Week