Pelosi: Senate Process 'Leaves Much To Be Desired'

Latest opinion polling from Italy shows the centre-left Democratic Party (PD) leading the pack ahead of the right-wing nationalist Brothers of Italy (FdI), as speculation mounts as to whether PM Mario Draghi will seek the presidency in the upcoming election on 24 January. 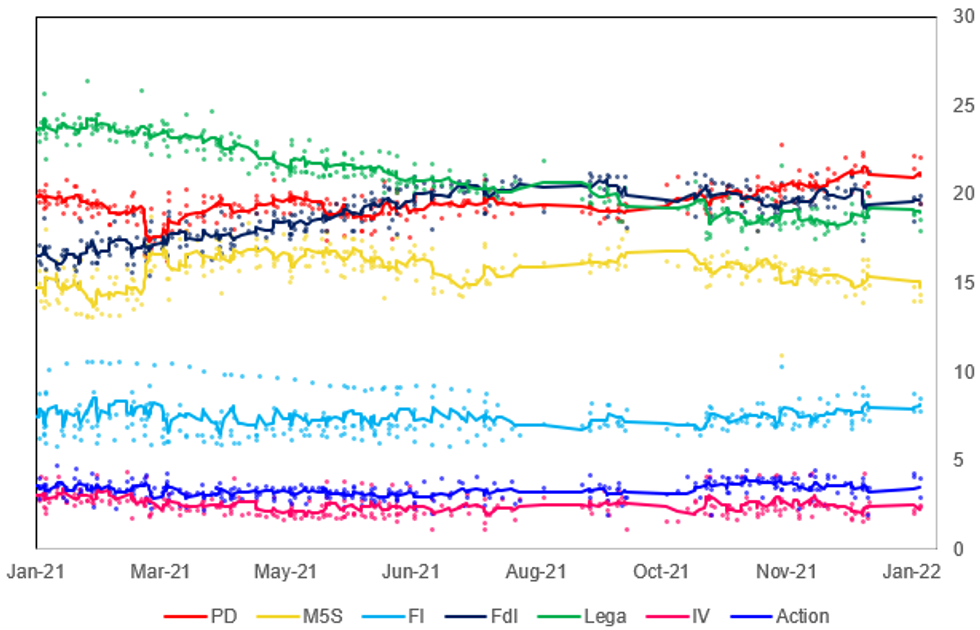