Bears Hold All The Cards

PP Lead In Madrid, But Set To Need Right-Wing VOX To Govern

The incumbent centre-right People's Party (PP) continues to command a comfortable lead in opinion polls a week before Spain's capital, Madrid, goes to the polls in regional elections. While the PP, led in the region by firebrand conservative Isabel Diaz Ayuso, is set to win a plurality, it will likely require the support of the right-wing nationalist VOX party to reach a majority in the Assembly of Madrid. 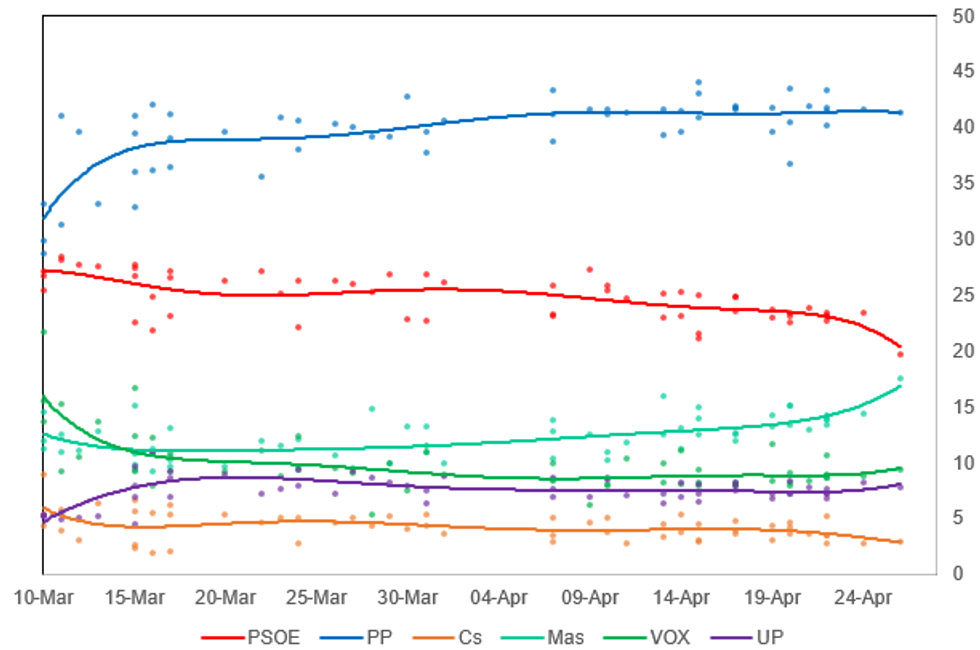