May Unemployment at Fresh Record Low

Belly-Led Rally Ahead Of Incoming Data And Early Close

All of G10 FX is being influenced by US yields, but the correlation with USD/JPY remains the strongest 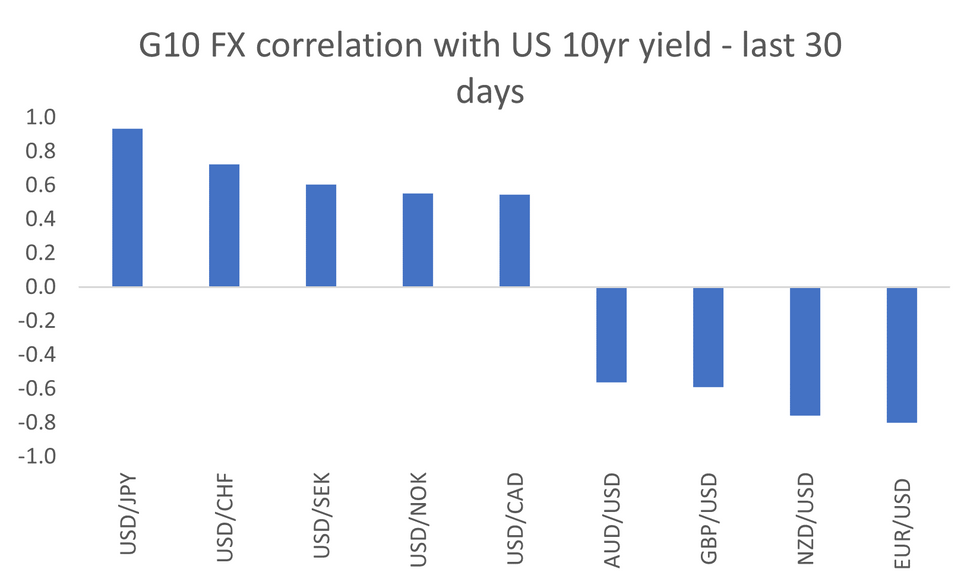 All of G10 FX is being influenced by US yields, but the correlation with USD/JPY remains the strongest