Firmer Greenback Sees EURUSD Back Below 1.0200

Futures Coil Ahead Of 5-Year Supply

A Little Higher In Asia

The first generic congressional ballot poll released since the Supreme Court decision to overturn Roe Vs Wade has shown a dramatic swing to the Democrats. 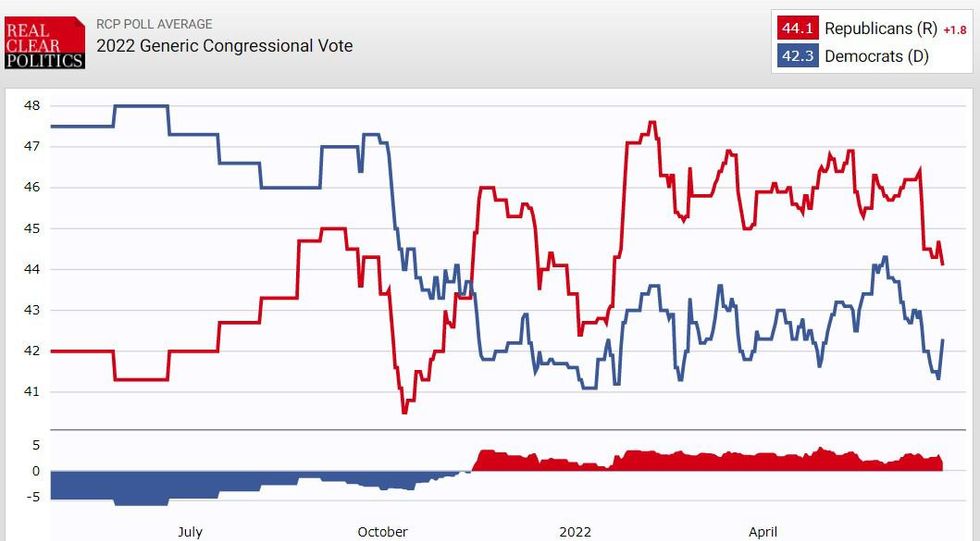 The first generic congressional ballot poll released since the Supreme Court decision to overturn Roe Vs Wade has shown a dramatic swing to the Democrats.