Germany's centre-right Christian Democratic Union (CDU) have recorded a sustained bounce in federal-level opinion polls in the last week of May and first week of June, something that has continued in the aftermath of the party's strong result in the regional election held in the eastern state of Saxony-Anhalt on 6 June. 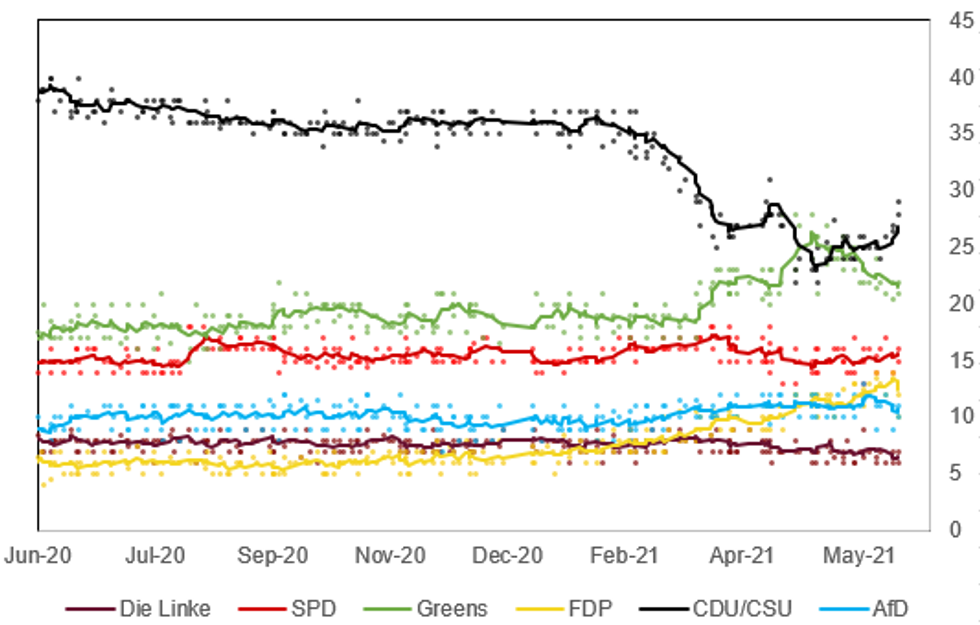 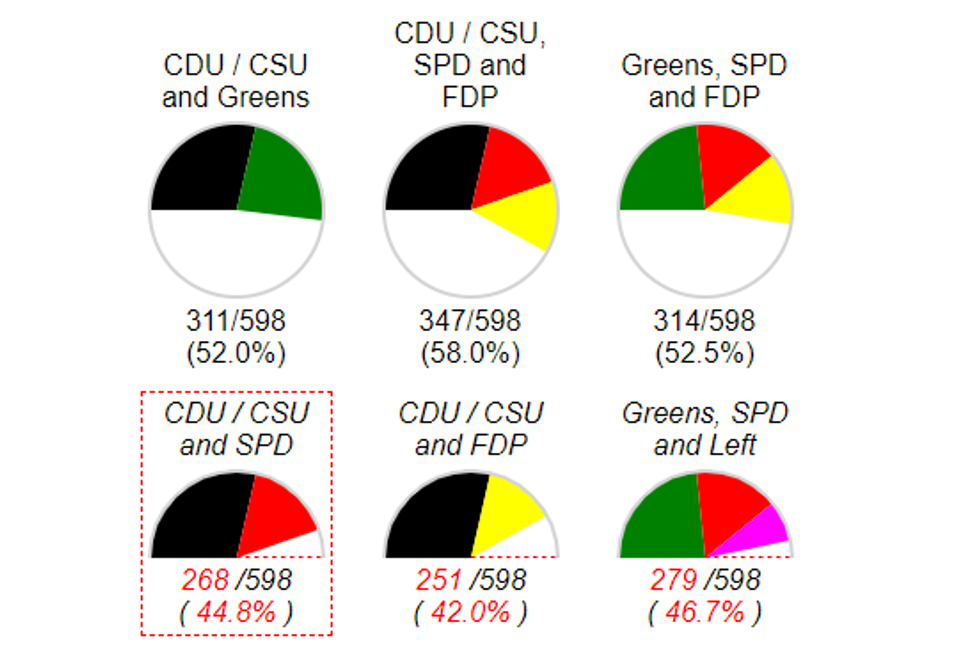 Source: dawum.de, MNI. Those in top row would command a majority, those in red would not.