Attention Is On Resistance 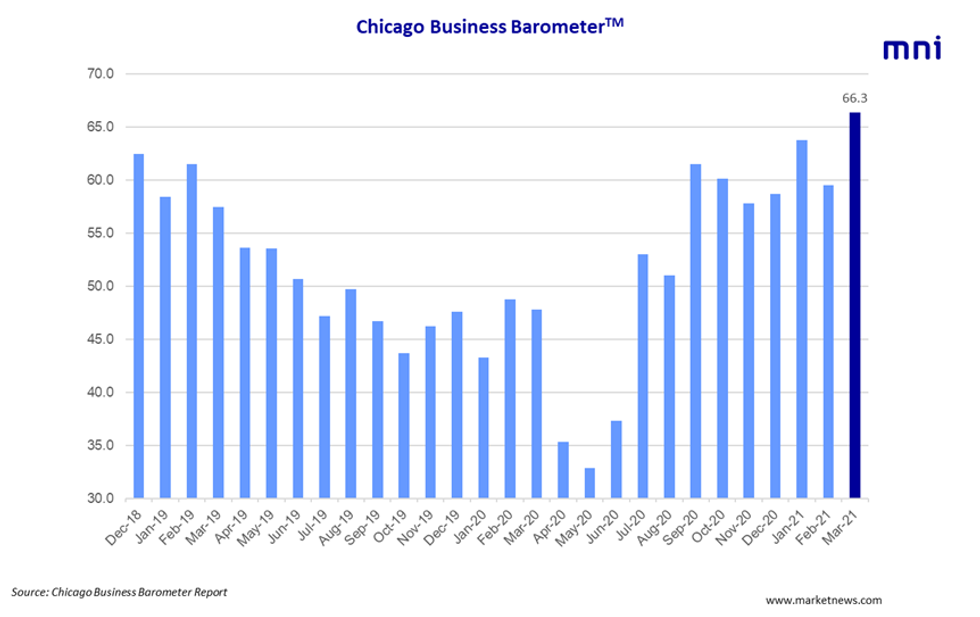 Order Backlogs was the only major category to fall in March, down 6 points. However, over Q1 the index rose to 60, its highest level since Q3 2018.

Inventories ticked up 5.1 points in March, leaving the indicator above the 50-mark for a third consecutive month, mainly driven by supply chain issues. Quarterly inventories rose to 53.7 in Q1.

Employment shifted into expansion territory in March, up 5.5 points, the first reading above 50 since June 2019. Employment rose to 49.0 in Q1.

Supplier Deliveries lengthened to a 47-year high in March, surpassing April's recent peak when supply chain issues pushed the index up to 77.5. In Q1 the index rose to 73.8, its highest level since Q2 1974.

Prices paid at the factory gate escalated for the seventh month in a row and the index now stands at the highest since August 2018. Quarterly prices rose to 76.9 in Q1. Anecdotal evidence suggests that prices for steel continued to rise in March.

This month's special question asked, "As the first quarter of 2021 comes to an end, are you planning to amend your inventory position due to any of the following conditions?" The majority, at 67.6%, planned changes to their inventory levels due to supplier leadtimes, while 43.2% noted logistical issues as a reason.