Attention Is On The 4000 Handle

The governing conservative People's Party (PP) has bolstered its position as the most popular party in Madrid a month before regional elections take place o 4 May, according to the most recent opinion poll. 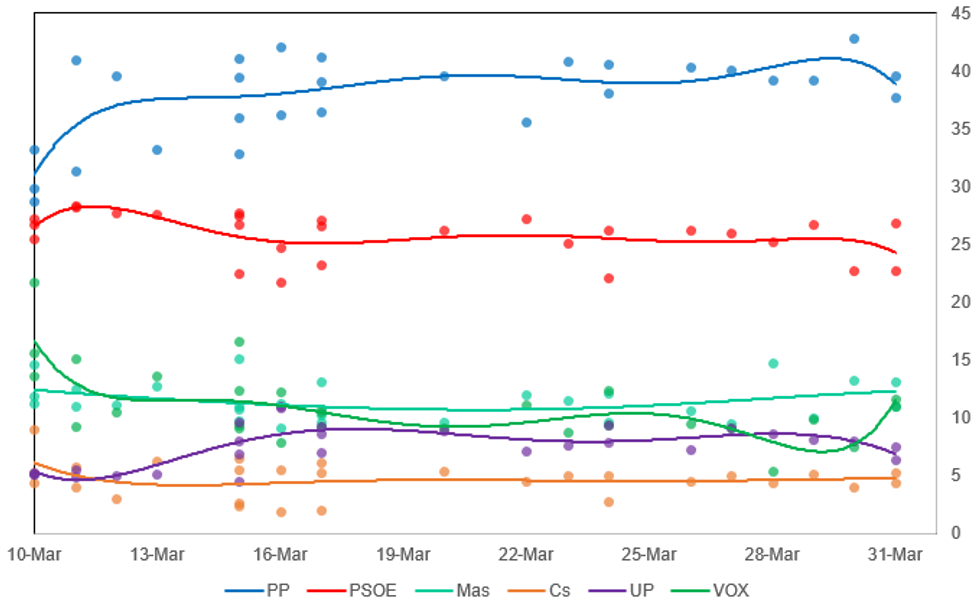