PMI: No positives with costs increasing; output and confidence falling

Opinion polling ahead of the 11 September general election shows the race between PM Magdalena Andersson's centre-left grouping of parties and the opposition centre-right bloc as too close to call. 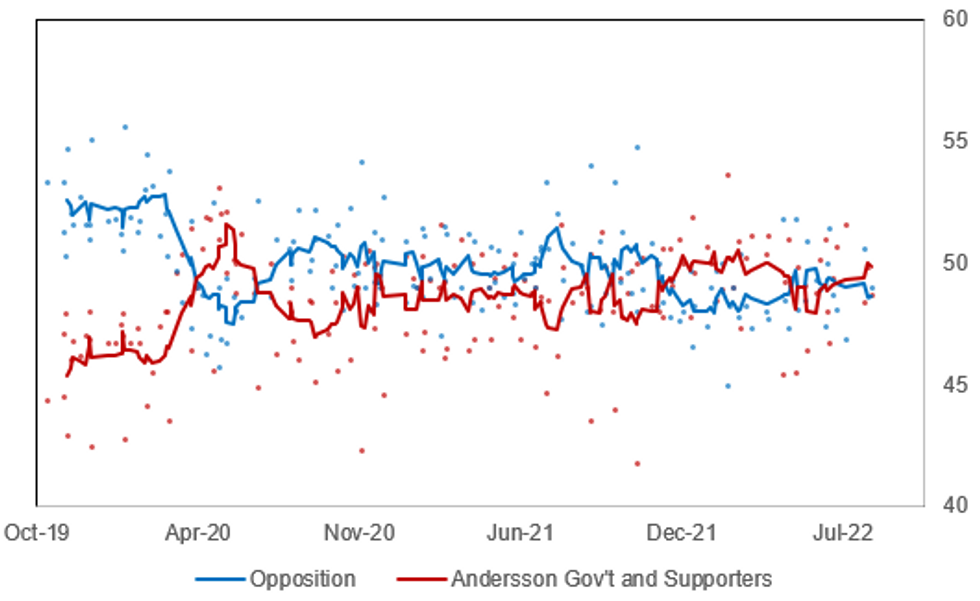 Opinion polling ahead of the 11 September general election shows the race between PM Magdalena Andersson's centre-left grouping of parties and the opposition centre-right bloc as too close to call.