Annual UK house price growth slowed to 10.5% in July, after posting a 17-year high in the previous month, data published Wednesday by Nationwide showed. "The modest fallback in July was unsurprising given the significant gains recorded in recent months," Chief Economist Robert Gardner said, adding that "house prices increased by an average of 1.6% a month over the April to June period -- more than six times the average monthly gain recorded in the five years before the pandemic."

"The tapering of stamp duty relief in England is also likely to have taken some of the heat out of the market," Gardener noted. Housing market transactions rose to a record high of almost 200,000 in June, which is around double the monthly amount recorded in a typical month before the pandemic.

However, the stamp duty taper is not the only factor impacting transactions. "Shifting housing preferences appear to have been the more important factor in driving the increase in housing market activity, with people reassessing their housing needs in the wake of the pandemic," Gardener said. 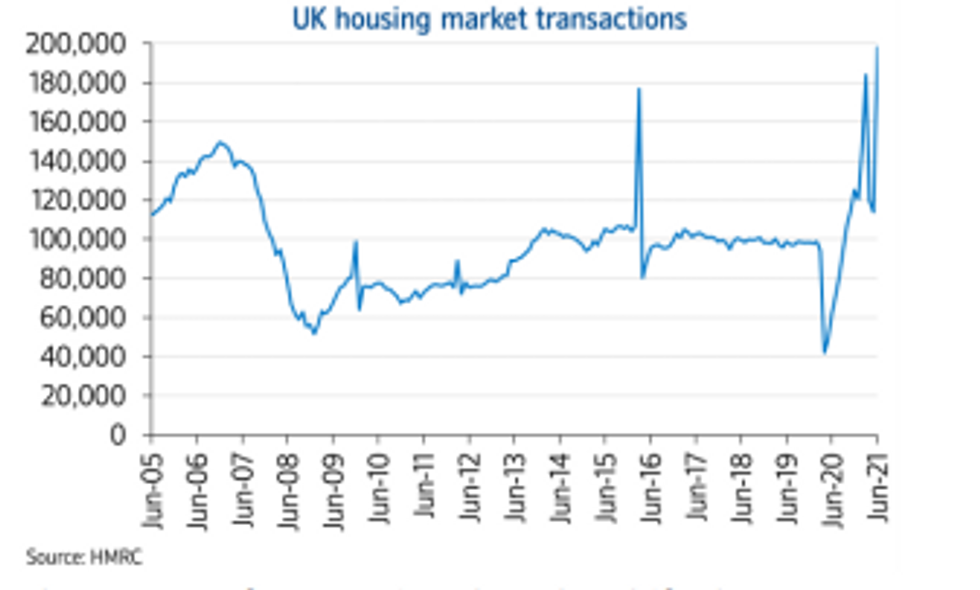