Risk Switch Flicks To Off

T-Notes held to a narrow 0-03+ range in Asia-Pac hours, shaking off continued regional worry surrounding trouble property developer China Evergrande/pressure on the Hang Seng & equity indices in mainland China. TYZ1 +0-01 at 133-13+, with cash Tsys virtually unchanged across the curve. A 5.0K block buyer of the TYV1 132.75/132.25 put spread dominated flow in the Tsy space, while the short end saw a 5.0K screen lift of the EDM2/U2 spread. Thursday's NY session is set to bring retail sales data for August, the latest round of weekly jobless claims figures and the monthly regional m'fing survey from the Philadelphia Fed.

The Antipodean cross AUD/NZD pierced the psychological NZ$1.0300 barrier and retreated to its worst levels since Apr 2020, after New Zealand's upbeat Q2 GDP report inspired participants to add hawkish RBNZ bets. Quarterly growth not only topped BBG median estimate but was faster than projected by any of the economists taking part in the survey. NZD landed atop the G10 pile in the immediate aftermath of the release and remained the best performer in the space, despite the backward-looking nature of the data.

Most Asia EM FX softened amid waning risk appetite, as participants mulled the fallout from the Evergrande saga.

The major regional equity indices were mostly lower on Thursday. The Nikkei 225 continued its pullback from the multi-decade highs registered earlier this week. Elsewhere, troubled developer China Evergrande suspended trading of all of its onshore bonds on Thursday, although dealing is set to resume tomorrow. Regulatory headwinds also continued to blight the sectors that Chinese policymakers have targeted in recent months. This allowed the Hang Seng to lead the way lower, shedding ~2% on the day. Australia's ASX 200 was the exception to the broader rule, with the energy sector providing the largest sectoral gain on the energy price dynamics witnessed over the last 24 hours. U.S. e-mini futures traded either side of unchanged during the overnight session, in what was relatively limited, directionless dealing.

Gold continues to meander, dealing either side of $1,800/oz over the last few days, with the eventual modest uptick in U.S. Tsy yields unwinding a portion of Tuesday's U.S. CPI-inspired gains during Wednesday's NY session. Participants look for more clarity come the end of next week's FOMC decision, with the familiar, well-trodden technical overlay for gold remaining in place for now, as spot deals essentially unchanged at $1,795/oz.

OIL: An Uptick In Asia

WTI & Brent crude futures have added ~$0.20 to settlement levels. A reminder that a deeper than expected drawdown in headline crude stocks in the latest DoE inventory report added to the post-API impetus on Wednesday, with the DoE release also providing a drawdown in stocks at the Cushing hub. The distillate and gasoline DoE readings also witnessed drawdowns, although they weren't as deep as broader exp. Several supply side headlines were more negative, although inventory data outweighed those matters, with U.S. Gulf crude production slowly coming back online, the Colonial pipeline pointing to normal operation, while exports from the Libyan oil terminal of Hariga are set to resume. 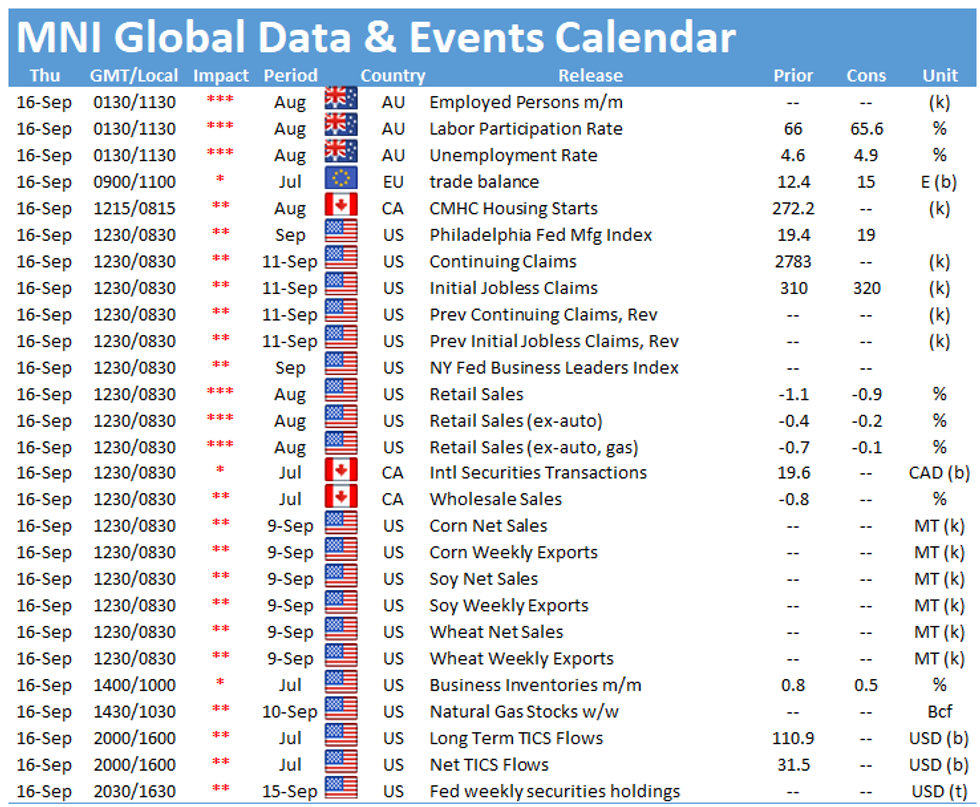