Hard to see any bright spots in the 7:00BST data

Serbia Inflation Accelerates to 9.6% in April, Odds For A 50Bps Hike Likely

10s led the way lower in U.S. cash Tsy trade during Asia-Pac hours as the space re-opened after the elongated weekend, with that benchmark last printing ~2.0bp cheaper vs. Friday's closing levels. T-Notes last -0-06 at 131-24, 0-02 off lows, after pockets of selling pressured the contract to worst levels of the day. Headline flow remains light, with no notable surprises in today's USD/CNY mid-point fixing. There was perhaps an element of the latest uptick in oil spilling over into Tsys, as Brent futures topped $70.00 Monday provided a very narrow, holiday-shortened session for futures after Friday's month-end driven movements. A mere ~150K T-notes changed hands during Monday's session, with weekend focus falling on verbal guidance from the Chinese policymaking sphere re: the recent CNY appreciation, before the PBoC stepped in, hiking the foreign exchange reserve requirement ratio by 2ppt (to 7% from 5%), effectively locking up ~$20bn of liquidity in the FX market, per estimates from an ex-SAFE official. The ISM m'fing survey headlines the local economic docket on Tuesday. Elsewhere, Fedspeak from Brainard & Quarles is due.

The greenback continued its move lower with liquidity still thinner than usual, UK and US participants are expected to return today after a long weekend.

Another mixed session for equity markets in the Asia-Pac region. Markets in Japan are lower but off worst levels, liquidity was said to be thin which exacerbated the move lower. Markets in mainland China are also lower, the PBOC late yesterday raised RRR from 5% to 7% effective June 15, Caixin manufacturing PMI was in-line with last month at 52.0. The Hang Seng has managed to squeeze out some gains ahead of retail sales data later today. Manufacturing PMI figures in the region also negatively hit sentiment with many citing an uncertain outlook due to the latest wave of the pandemic. Markets in South Korea were boosted by another bumper set of exports in trade balance data. In the US future are marginally higher with liquidity still thin as participants are set to return from a long weekend.

GOLD: Bulls In The Driving Seat

Fresh USD downside has supported bullion over the last 24 hours or so, with spot last dealing $5/oz or so higher on the day at $1,912/oz. The impulse from a softer USD has outweighed an uptick in U.S. Tsy yields during Asia-Pac dealing. Bulls now look to the Jan 8 high at $1,917.6/oz, with any sustained break there opening up the path to the Jan 7 high at $1,927.7/oz.

Oil is higher again in Asia-Pac trade on Tuesday; WTI is up $1.25 from settlement while Brent is up $0.80. Markets are focusing on comments from the OPEC+ group who see tighter conditions in the oil market according to its latest communication. The group meets later today and ahead of the meeting has said that the stockpile glut built up during the pandemic has almost been used up and expects inventories to reduce in the second half of the year. The group is expected to confirm the supply increase due for July which would complete the return of 2m bpd since May. Elsewhere, there were reports that Nigeria's NNPC are looking to purchase stakes in six private refineries to meet requirements in a government directive. 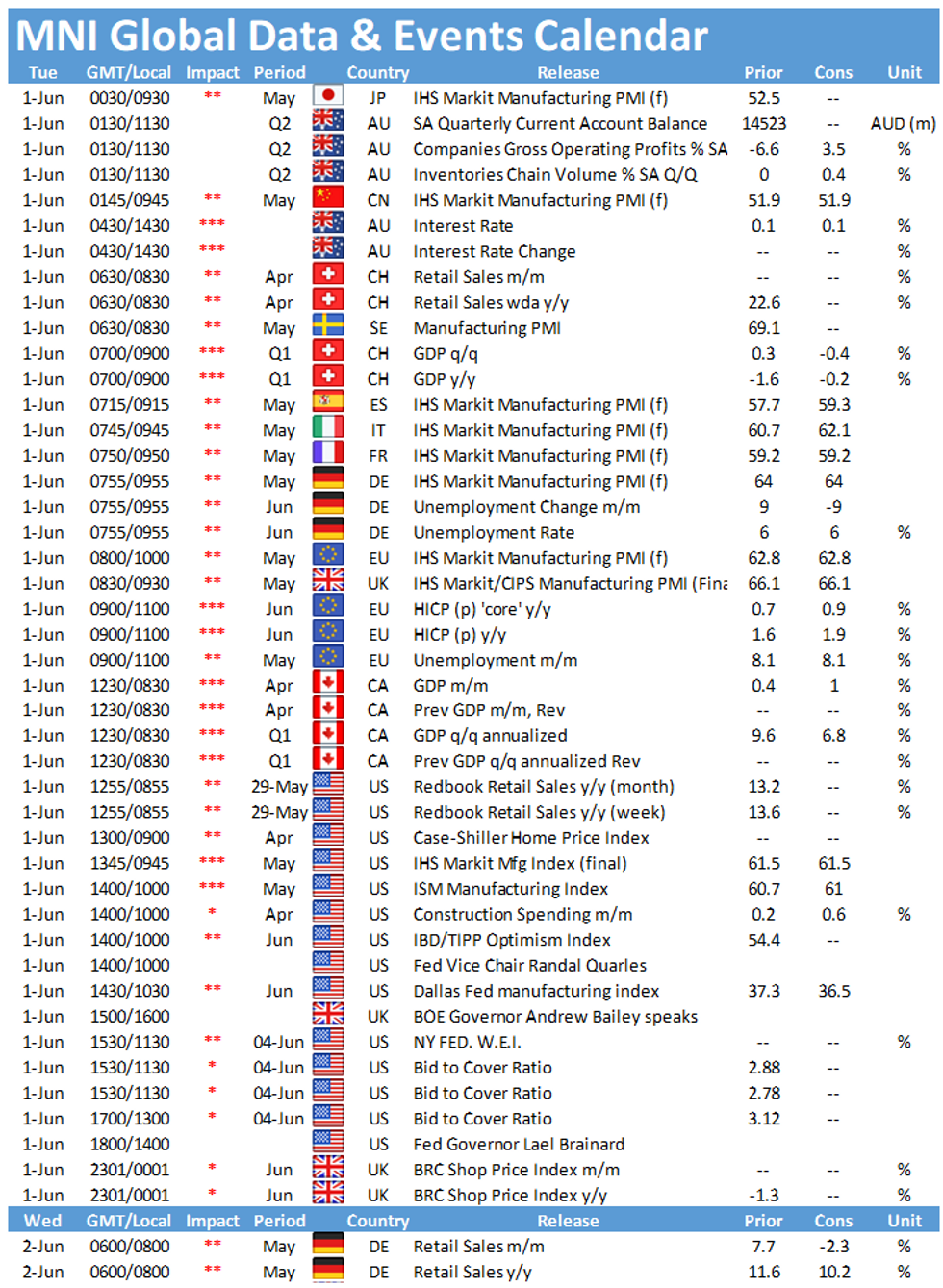