Wednesday's data highlights include Italian and EZ industrial production figures at 0900GMT and 1000GMT, respectively, with the release of US inflation figures at 1330GMT likely to be closely watched.

Market analysts expect monthly industrial output in Italy to stagnate in November amid the second lockdown. Monthly production increased by 1.3% in October following a 5.1% dip in September. Annual output is forecast to decline by 2.6% in November after falling by 2.1% previously. Survey evidence suggests a continued recovery of the Italian manufacturing sector. The manufacturing PMI ticked up in December, showing an increase in new orders and production. Moreover, Istat's manufacturing confidence index also rose in December.

US inflation forecast to accelerate

The US consumer price index rose 0.2% in November on a monthly basis and markets are looking for an increase to 0.4% for December. Food inflation eased in November by 0.1%, which was led by falling prices for groceries (-0.3%), while energy prices rose by 0.4% after growing by 0.1% in October. Excluding food and energy, prices increased 0.2% in November and markets expect core inflation to tick down to 0.1% in December. Against that, annual inflation is expected to increase by 1.3% in December following November's reading of 1.2%. 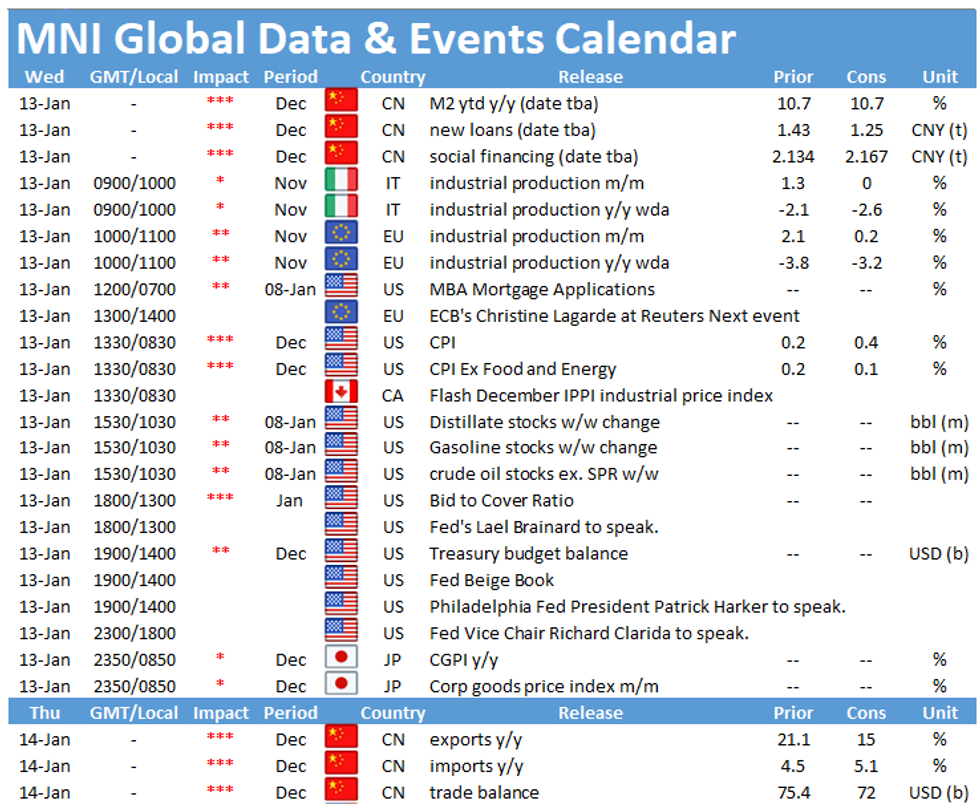