A sharp downturn is expected for November, as the UK saw a move into lockdown 2.0. Analysts expect GDP to decline 4.6%; substantial but far from April's 20% drop. The growth rate of monthly GDP has decelerated since July and eased to 0.4% in October. While the industrial sector grew at a faster pace in October than in the previous month, service sector growth slowed to 0.2%, down from 1.0% seen in September. In November markets see a 5.7% decline in services which will be the biggest drag. Both industrial production and construction output are forecast to post another increase in November, although at a slower pace of 0.5% and 0.8%, respectively. December is expected to see a modest recovery because some areas came out of lockdown, but the re-introduction of stay-at-home guidance in January will weigh on Q1.

Final French inflation is expected to register in line with the flash results showing a flat reading in December. The annual HICP ticked up to 0.2% in November after it rose to 0.1% in October. According to December's flash estimate food prices decelerated, while prices for tobacco remained unchanged. Energy inflation declined at a slower pace than in November and prices for manufactured goods fell at a faster pace in December, while service inflation remained unchanged. 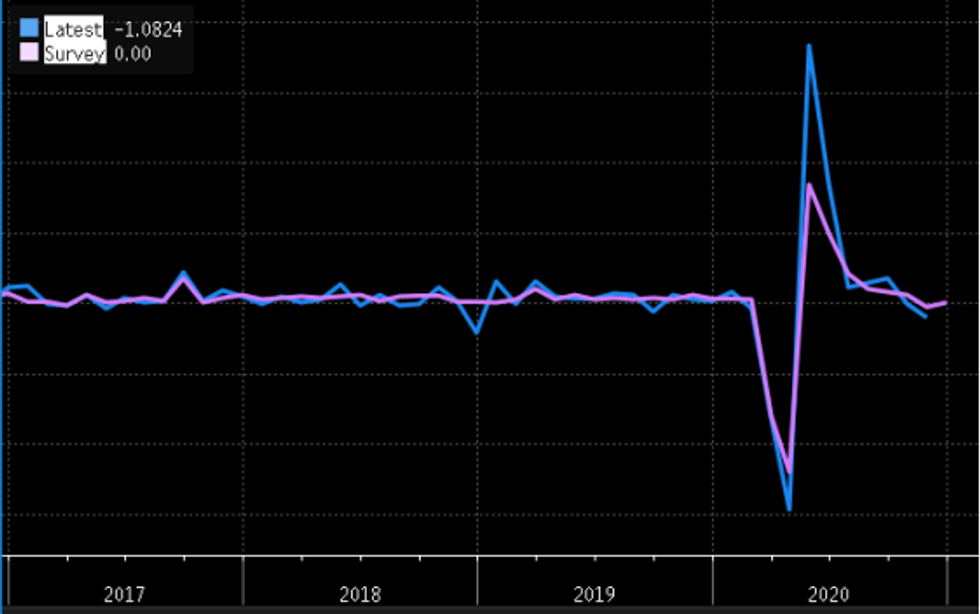 U.S. retail sales were likely unchanged in December after November's larger-than-expected 1.1% drop, according to Bloomberg's survey. Mobility was constrained as service businesses in some areas were mandated to close and tighter social distancing guidelines restricted holiday gatherings. Weakness in restaurant receipts and store sales should be at least partially offset by surging online sales.

Markets
We are facing technical issues, please contact our team.
ok
Your request was sent sucessfully! Our team will contact you soon.
ok