MNI: Fed Edging Away From Message Inflation Is 'Transitory'

MNI STATE OF PLAY: Lagarde Pushes Back Vs Rate Expectations

Spain's and Italy's services PMIs are both expected to decline in January following improvements seen in December. Spain's index is forecast to ease to 45.4 in January after rising to 48.0 in December. The Italian services PMI only ticked up marginally in December to 39.7, but markets look for a renewed fall in January to 39.5, signalling a rapid drop in activity. However, both December reports noted a sharp rise in business sentiment due to the positive news of a vaccine.

The French, German, EZ and the UK services PMIs are all projected to register in line with the flash results showing monthly declines in January. The renewed strict measures to control the spread of Covid-19 weigh heavily on the service sector in all four countries. Service sector output declined in January according to the flash estimates, although the decreases were smaller than those seen in November and during the first lockdown in spring 2020.

The headline HICP recorded negative readings since August 2020 and remained at the level of -0.3% for the fourth consecutive month in December. In January markets look for an uptick to 0.6% which would be the highest level since March. Already available state level data is in line with market forecasts and even suggests a slight upside risk. German flash inflation surprised in January, ticking up to 1.6% in contrast to markets looking for an increase to 0.5%. However, Destatis noted that the end of the temporary VAT cut, the new CO2 prices and an increase in the statutory minimum wage impacted price in January. French inflation rose by more than markets expected as well, increasing to 0.8% after a flat reading recorded in December.

The ISM services PMI increased in December to 57.2, up from 55.9 seen in November. December's increase was mainly driven by a sharp rise of Supplier Deliveries, up 5.8pt. Business Activity and New Orders saw monthly gains as well, while Employment declined and shifted back to contraction territory. In January markets are looking for a downtick to 56.8 which would be a two-month low. Similar survey evidence provides a mixed picture. The Chicago Business Barometer as well as the IHS flash services PMI increased in January, while the Dallas Fed's services survey showed an almost unchanged reading for the general business activity index. 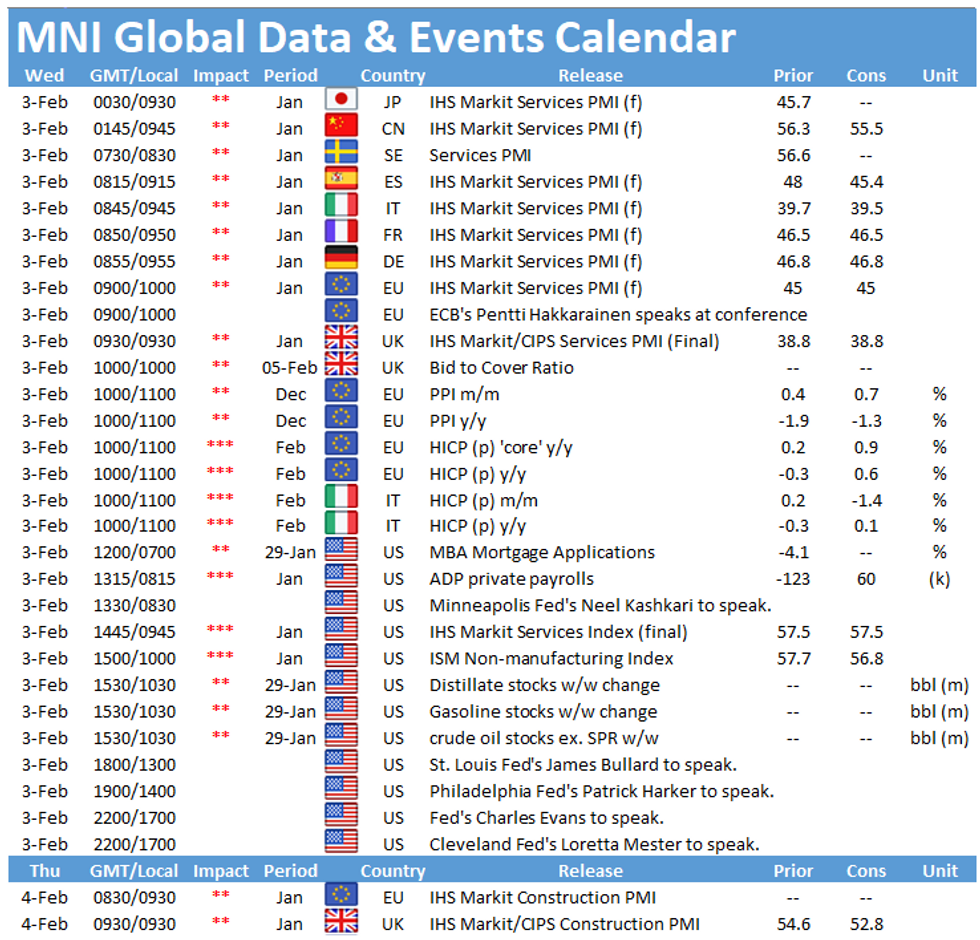