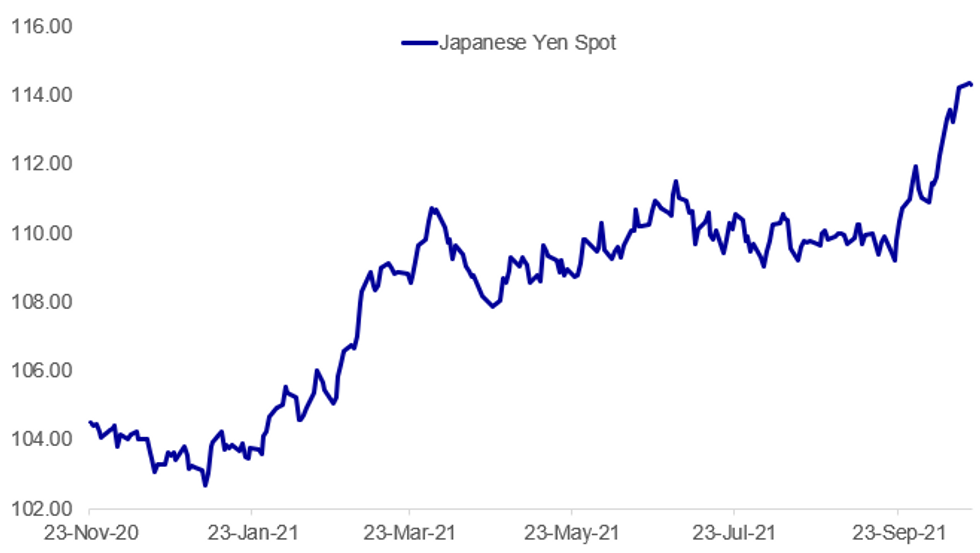 ECB (MNI): Bundesbank President Jens Weidmann submits resignation from his position,with intent to depart by December 31st. He cites personal reasons, but his statement adds: "monetary policy [must] not get caught in the wake offiscal policy or the financial markets." Rotation of voting rights means Weidmann will still be a voter at the final two ECB rate decisions of the year, on Oct 28th and Dec 16th, before departing on Dec31. First meeting with new Buba head in place would be Feb 3rd.

ECB (BBG): The recovery in France and in Europe "remains very strong," Bank of France Governor Francois Villeroy de Galhau says on Wednesday during a National Assembly finance committee hearing. The spike in inflation should be temporary and come back down below 2% by the end of next year, Villeroy says. ECB policy must be vigilant but "can stay patient". Villeroy adds that France still faces labor shortages.

U.K. (BBG):: Business Secretary Kwasi Kwarteng said there won't be a fresh lockdown of the U.K. economy even as Covid-19 cases tick upwards and Prime Minister Boris Johnson warns of a difficult winter ahead. In a bullish round of interviews with U.K. broadcasters, Kwarteng said the government is monitoring coronavirus data by the hour, and pointed out that while case levels are high, hospitalizations and deaths are much lower than at the start of the year due to the country's successful vaccination program. He told LBC radio "I categorically rule out" new lockdown measures.

Consumer price inflation fell modestly to an annual rate of 3.1% in September, from 3.2% in August, with prices restaurant and hotel sector preventing inflation from rising last month. Prices paid in the catering sector shaved 0.38 percentage points from the change in CPI, reflecting the one-off effect of the Eat Out to Help Out scheme, which reduced levies on food and drink in August of 2020.

However, inflation rose in eight of the 12 major categories, suggestion wider-ranging inflation. Core CPI moderated slightly to an annual rate of 2.9% from 3.0% in August. Inflation fell slight short of analysts' forecasts of 3.2%, presenting a conundrum for the Bank of England. Governor Andrew Bailey declined to push back on market expectations of a near-term rise in interest rates in a speech over the weekend.

Pipeline pressures continued to accelerate. Output PPI jumped to an annual rate of 6.7% last month, from 6.0% in August, the quickest pace since November of 2011. Input PPI rose to 11.4% from 11.2% in August.

BOND SUMMARY: Green bonds to be issued by Italy and Germany 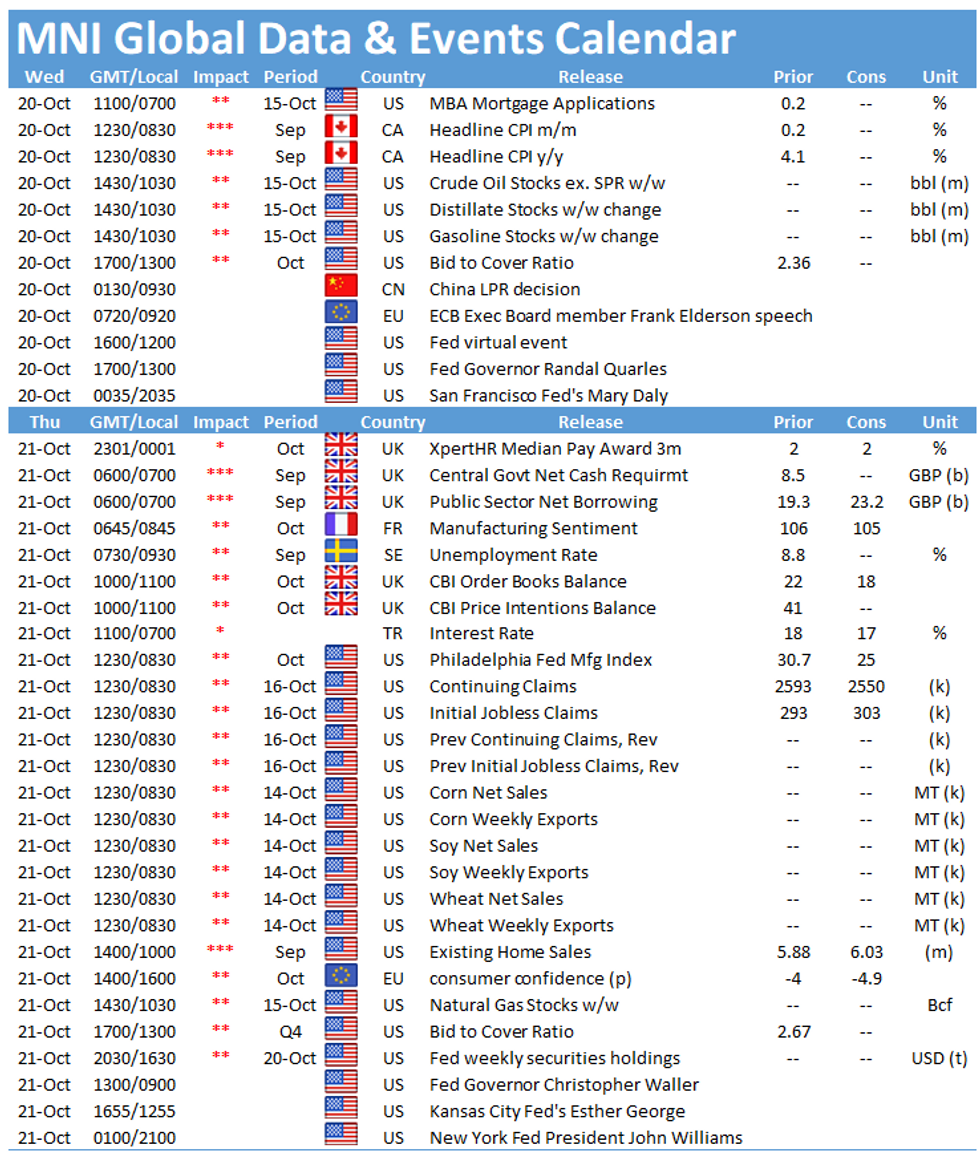