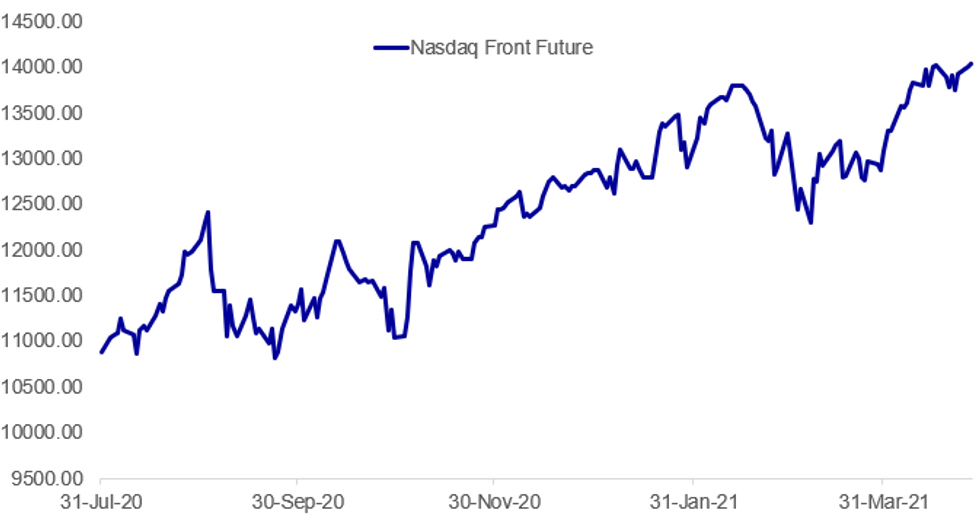 B.O.E.: "The Bank of England (BoE) has entered into a facility with the Bank for International Settlements (BIS) to ensure the provision of Sterling liquidityduring any future periods of market stress, complementing the BoE's existingestablished network of standing bilateral swap lines."* "Under the terms of the facility, the BoE will provide collateralised short-term Sterling liquidity to the BIS. The BIS may use the facility toprovide Sterling liquidity to their eligible existing central bankcustomers." "Together with the swap lines the BoE has with a number of central banks,this new facility will provide a further liquidity backstop in Sterling to help ease any potential future strains in funding markets." Not hugely significant for the market but basically means that the BIS takes on credit risk of providing sterling liquidity to central banks the BOE doesn't have a direct agreement with.

GLOBAL TAXATION (BBG): France and Germany support the U.S. proposal of a 21% minimum tax on multinational companies, French Finance Minister Bruno Le Maire and his German counterpart Olaf Scholz told Le Figaro and Die Zeit in a joint interview released on Tuesday."If the Biden administration proposes a 21% rate and there is consensus, it would be acceptable for us," Le Maire is quoted as saying."It is important that we agree on a percentage -- where exactly that will lie, the talks in the next few weeks will determine," Scholz said. "Personally I would have nothing against the U.S. proposal."

GERMANY: The mood amongst German exporters brightened further in April, rising to the highest level in over a decade as the continued strength of the global manufacturing sector is underpinning sales, the Munich-based Ifo Institute said Tuesday. "The pandemic is barely having an effect on manufacturing. This is clearly driving demand for German exports," the Ifo survey said.

NOMURA / ARCHEGOS (BBG): Nomura Holdings Inc. will book $2.9 billion in losses tied to the collapse of Archegos Capital Management, as Japan's biggest brokerage vows to beef up risk management in the wake of the debacle.Of the total, 245.7 billion yen ($2.3 billion) was logged in the three months ended March 31, leading to a quarterly net loss of 155.4 billion yen, its biggest since 2009. The remaining 62 billion yen will be booked in the current fiscal year, the Tokyo-based company said in a presentation Tuesday.

CHINA: China will step up iron ore mining at both domestic and offshore operations to curb rising prices, Qu Xiuli, the vice chairwoman of the China Iron and Steel Association told a press conference Tuesday. China imported 283 million tonnes of iron ore in Q1, up 8% y/y and the average import price was at USD150.79, increasing 64.51% y/y, according to Qu. MNI previously reported that the government ordered coal mines to increase supplies in response to fast-rising prices.

Volumes in EGBs have stayed fairly subdued during the early European session, running at just over 50% of the 15 day averages.

EQUITIES: U.S. Futures Up Slightly Ahead Of Earnings 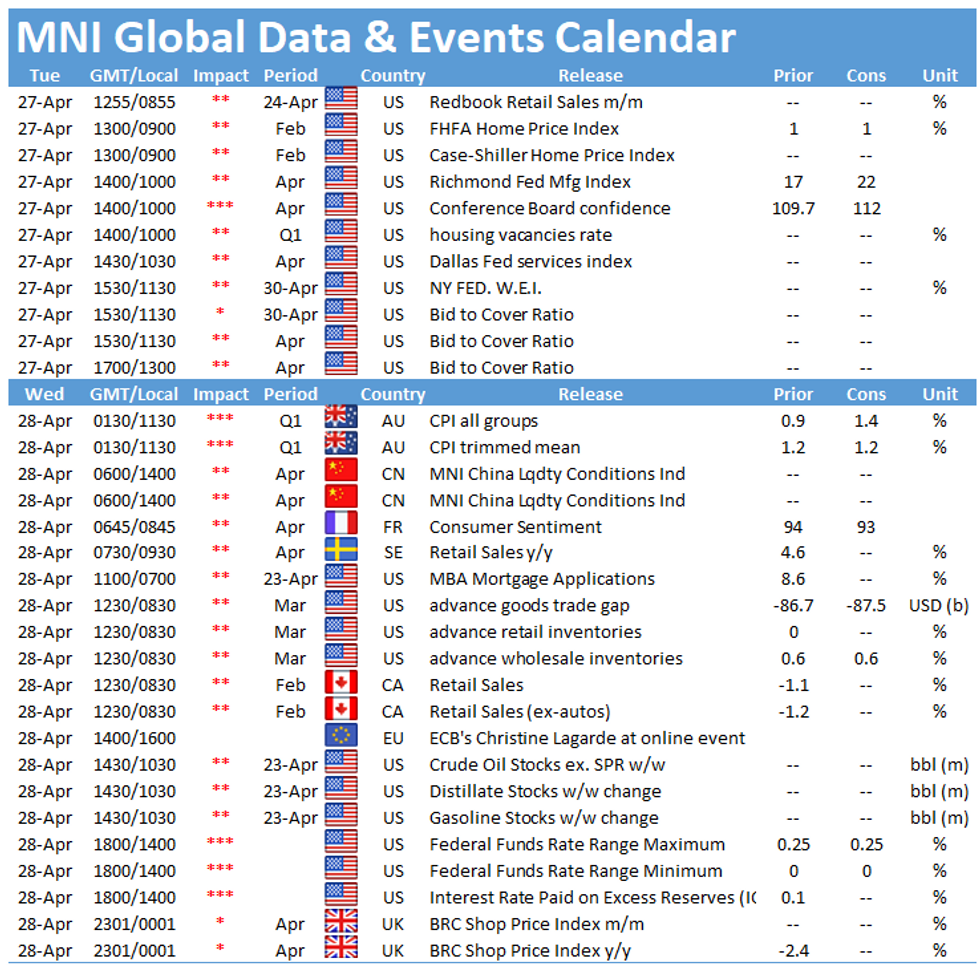