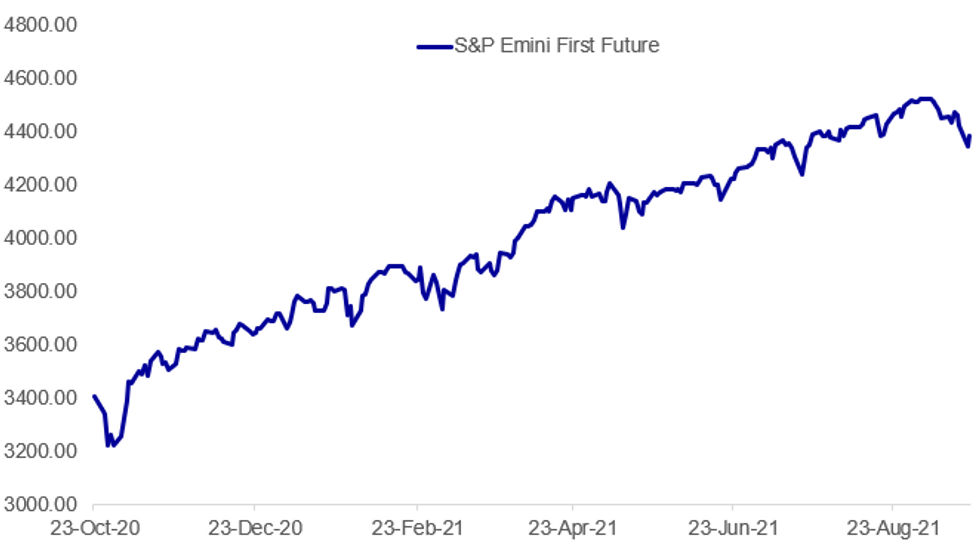 SWEDEN RIKSBANK: The Riksbank Executive Board left the policy rate at zero following its September meeting and stuck to its forecast that it would stay at zero throughout its three year forecast horizon despite predicting that inflation would stay above target over the next year. The Riksbank's forecasts in the Monetary Policy Report showed inflation on the CPIF measure, consumer prices with a fixed interest rate, peaking at 3.15% in November this year and staying above the 2.0% target until August 2022, when it was shown plunging back to 1.36% as base effects from higher inflation this year kick-in. The board's position was that expansionary monetary policy was needed to keep inflation close to target in the longer run.

CANADA: Canada's electorate delivered less of a message to its political leaders and more of an apathetic shrug as the snap general election billed as either a chance to give PM Justin Trudeau the opportunity to build on his policies of the last few years by giving him a majority, or allow voters to remove him from office ended up with the parties standing still, with only a handful of seats changing hands. Trudeau's centre-left Liberal Party failed to win a majority, indeed winning just one additional seat from the 2019 election result to lift the party's total to 158. The centre-right Conservatives of Erin O'Toole won 119 seats, the same total as the party held prior to the election and down two on the2019 result. With the Liberals as the largest party, Trudeau is set for a third term in office and his second at the head of a minority gov't. He will require support from either the leftist New Democratic Party (NDP, 25 seats, up one from 2019) or the Quebec regionalist Bloc Quebecois (BQ, 34 seats, up two) in order to pass legislation.

U.S.: Chad Pergram at FOX News tweets: "House Rules Cmte resumes mtg today to prep bill to avert gov't shutdown and also suspend debt ceiling. House likely to vote on that bill today" Widespread expectation is that the bill will pass comfortably in the House with Democrat majority. However, Senate could be more difficult should the bill involve the raising of the debt ceiling. Senate Republican leadership has said its members will not vote for an increase, only a suspension.

ECB (BBG): The European Central Bank is likely to continue purchasing junk-rated Greek sovereign debt even after the pandemic crisis has passed, according to Governing Council member and Greek central bank chief Yannis Stournaras."This is not a question of Greece's ability to service debt, but a question of even transmission of monetary policy," Stournaras told Politico in an interview published Monday. He added it was his "expectation" that the ECB's older asset-purchase program, known as APP, would take over some of the flexibility of the emergency program launched in March 2020.

ECB (BBG): European Central Bank Vice President Luis de Guindos says there are "good news" with respect to the euro-area recovery after a strong development in the second and third quarter. There are still some medium-term vulnerabilities in the financial sector even as the picture is brighter in the short term due to the recovery. Great majority of rise in inflation is temporary, technical. Inflation may peak around November at 3.4%-3.5%.

BOE (MNI STATE OF PLAY): The Bank of England, faced with a lingering Covid pandemic and with its monetary policy committee split down the middle over whether a key hurdle for tightening has been met, looks set to leave policy untouched at its September meeting which concludes with an announcement Thursday. For full article contact sales@marketnews.com

BANK INDONESIA: Bank Indonesia's Board of Governors has kept its benchmark seven day repo rate unchanged at 3.5% as the two day meeting concluded on Tuesday. The central bank also maintained its overnight deposit and lending facility rates at 2.75% and 4.25%, respectively. No change was expected at the meeting, with the Bank looking to the easing of lockdowns and momentum for vaccinations to help the economy rebound.

UK borrowing surged to GBP20.514 billion in August, far exceeding analysts' forecasts of a jump to GBP15.6 billion as rising inflation lifted government borrowing costs. Debt interest payments rose to GBP6.3 billion, the highest August on record, from an upwardly-revised GBP3.7 billion in July, as RPI rose by 0.6 percentage points between May and June. That's less than the record-high GBP8.7 billion paid out in June, but interest payments will continue to lift borrowing in the months to come, as inflation continues to rise.

VAT receipts rose by 5.0% in the year to August, below the upwardly-revised 18.6% surge in July, leaving VAT 5.6% below August 2019 levels. VAT may have been depressed by the relaxation of levies on eating out through the Eat Out to Help Out Scheme. July borrowing was revised sharply downward to GBP6.940 billion from the initially-reported GBP10.33 Bln.

A more subdued session for EGBs and Bund, with contract taking their cue from the Equity price action.

FOREX: Sentiment Stabilizes, But No Sea Change in Appetite

COMMODITIES: Gaining Across The Board On Broader Risk-On Move 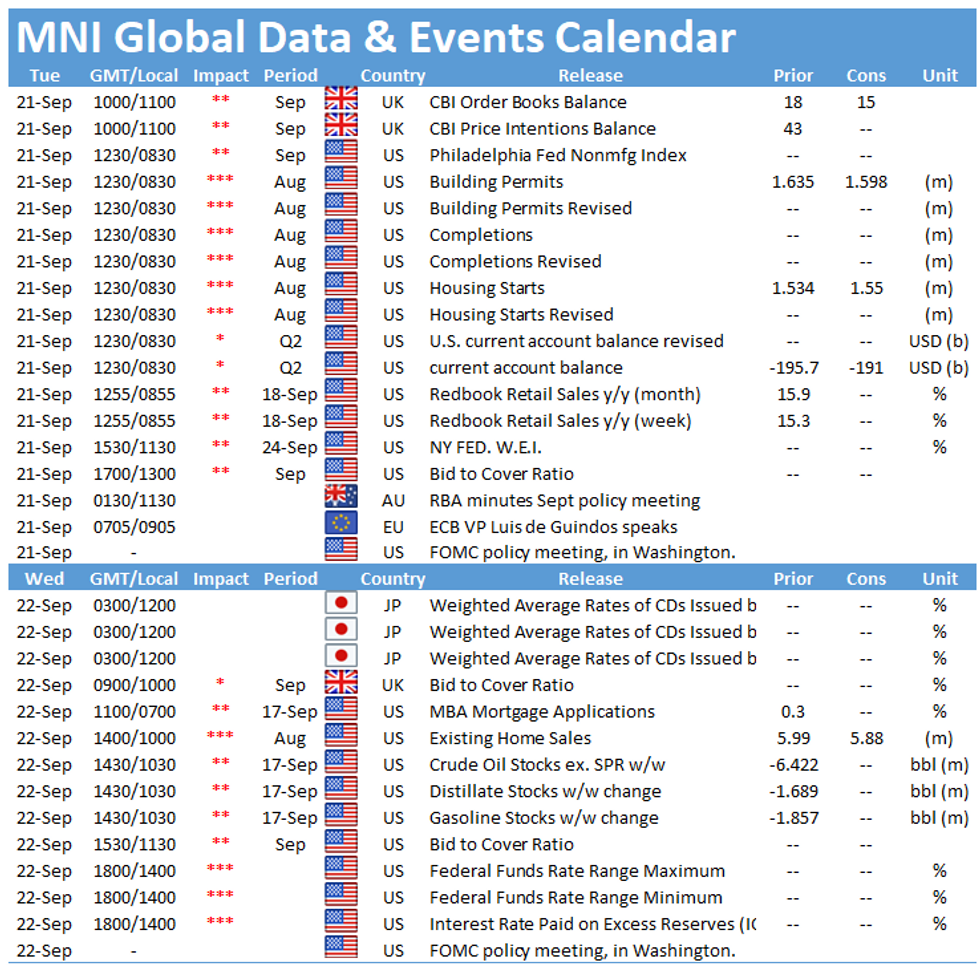