Laschet Favourite For Union Nomination, But Risks CDU Out Of Gov't 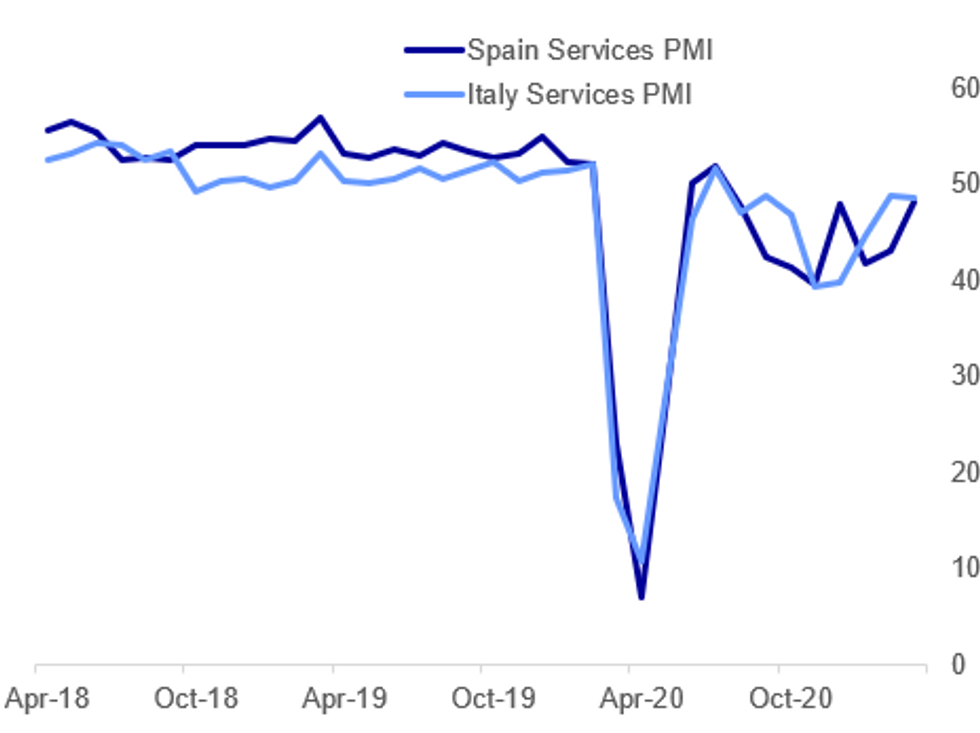 SPAIN PMI DATA: The Spanish services sector contracted for the 8th consecutive month in March, but it was the smallest contraction in that sequence and beat expectations, coming in at 48.1 (vs 43.1 in Feb and the 45.8 BBG Survey).

ITALY PMI DATA: Italian Services PMI missed expectations in March, remaining in contractionary territory at 48.6, vs 48.8 in Feb and and 49.0 expected by the Bloomberg consensus.

E.C.B. (RTRS): The euro zone economy is on course for a robust recovery in the second half of the year that could allow European Central Bank to start phasing out its emergency bond purchases in the third quarter, Dutch central bank chief Klaas Knot said. A spreading pandemic, lockdown and a slow vaccination campaign may all weigh on the outlook over the next several months, but a string of factors point to potentially positive surprises after mid-year, once the pandemic is brought under control, Knot told Reuters in an interview. "If the economy develops according to our baseline, we will see better inflation and growth from the second half onwards," Knot said. "In that case, it would be equally clear to me that from the third quarter onwards we can begin to gradually phase out pandemic emergency purchases and end them as foreseen in March 2022."
ASTRAZENECA VACCINE / EU (BBG): The European Medicines Agency will hold a virtual press briefing at 1500BST/1600CET on the evaluation of the safety of AstraZeneca's Covid-19 vaccine and cases of possible blood clots, according to statement.

ASTRAZENECA VACCINE / UK (POLITICO PLAYBOOK): All eyes are on the U.K.'s vaccines regulator today amid rising speculation that it may recommend the rollout of the Oxford/AstraZeneca jab to younger people should be paused. Last night a trial of the vaccine on children was halted by the team at Oxford University, who stressed there were "no safety concerns" but that they were waiting for the regulator to announce the results of its review on whether there is a link between the AZ jab and blood clots in adults. Playbook understands the Medicines and Healthcare products Regulatory Agency (MHRA) was locked in talks with the Joint Committee on Vaccination and Immunisation (JCVI) last night over what to do — with Downing Street anxiously awaiting their decision. Stay tuned: It is possible we may get the MHRA's decision today and that it could hold a briefing for journalists to explain its findings, Playbook is told, but this is still up in the air...a consultation on mandatory jabs for care workers was also meant to launch this week but seems to have been put on hold until the MHRA review concludes.

FRANCE/E.U. (BBG): French Finance Minister Bruno Le Maire said he's "deeply concerned" by the slow rollout of the European Union's joint recovery fund, saying governments are putting the rebound from the pandemic at risk.The 750 billion-euro ($890 billion) plan is "not on the right track," Le Maire said in a Bloomberg Television interview. "If we want a strong economy, we need to invest, and invest right now. The key point is to have a quick EU recovery and have the plan implemented as soon as possible." 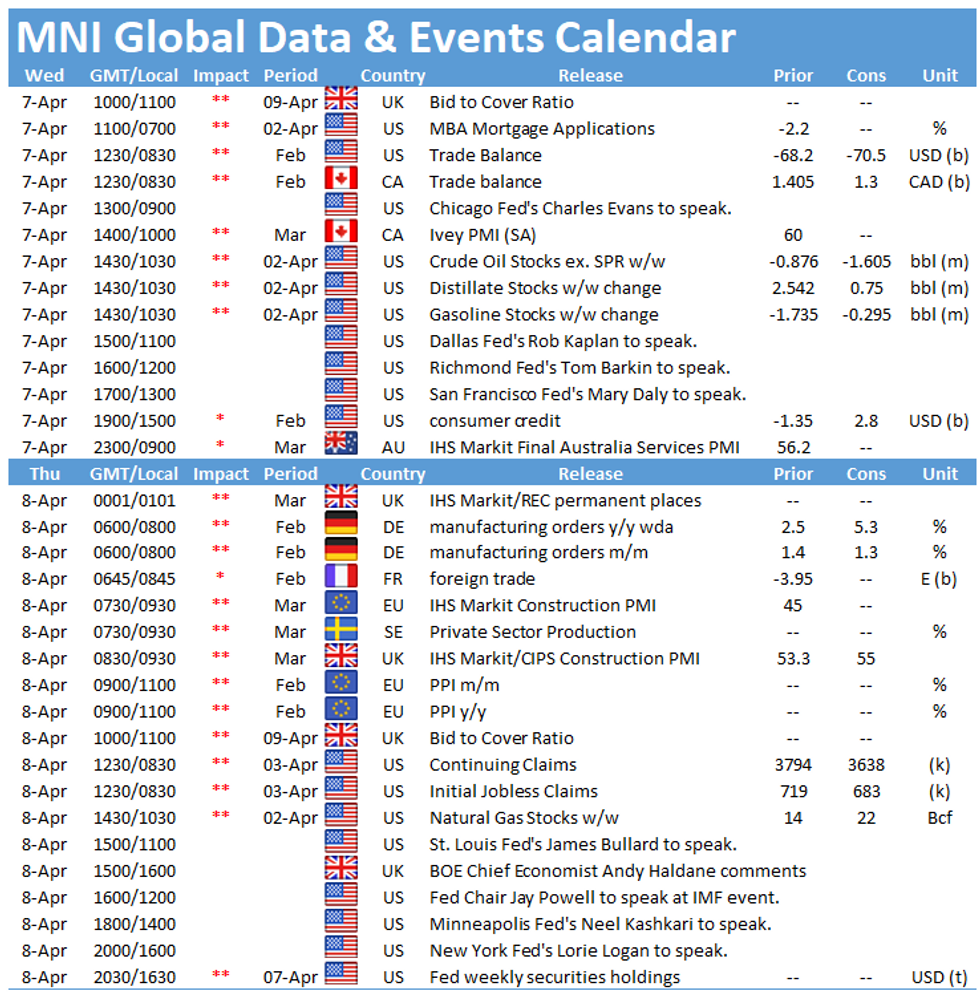