Chicago Survey Finds Half of Firms Pencilling in 2023 Recession

MNI INTERVIEW: US Labor Market Could Have Soft Landing-Paychex

MNI: Fed Able To Tolerate Above-2% Inflation, To Keep Target

Russia To Withdraw From Kherson, Could Set Up Stalemate

Russia has confirmed with intended withdrawal of its troops from the southern Ukrainian city of Kherson. This follows significant Ukrainian advances in the Kherson and Zaporizhzhia oblasts.

Map of Kherson and Surrounds 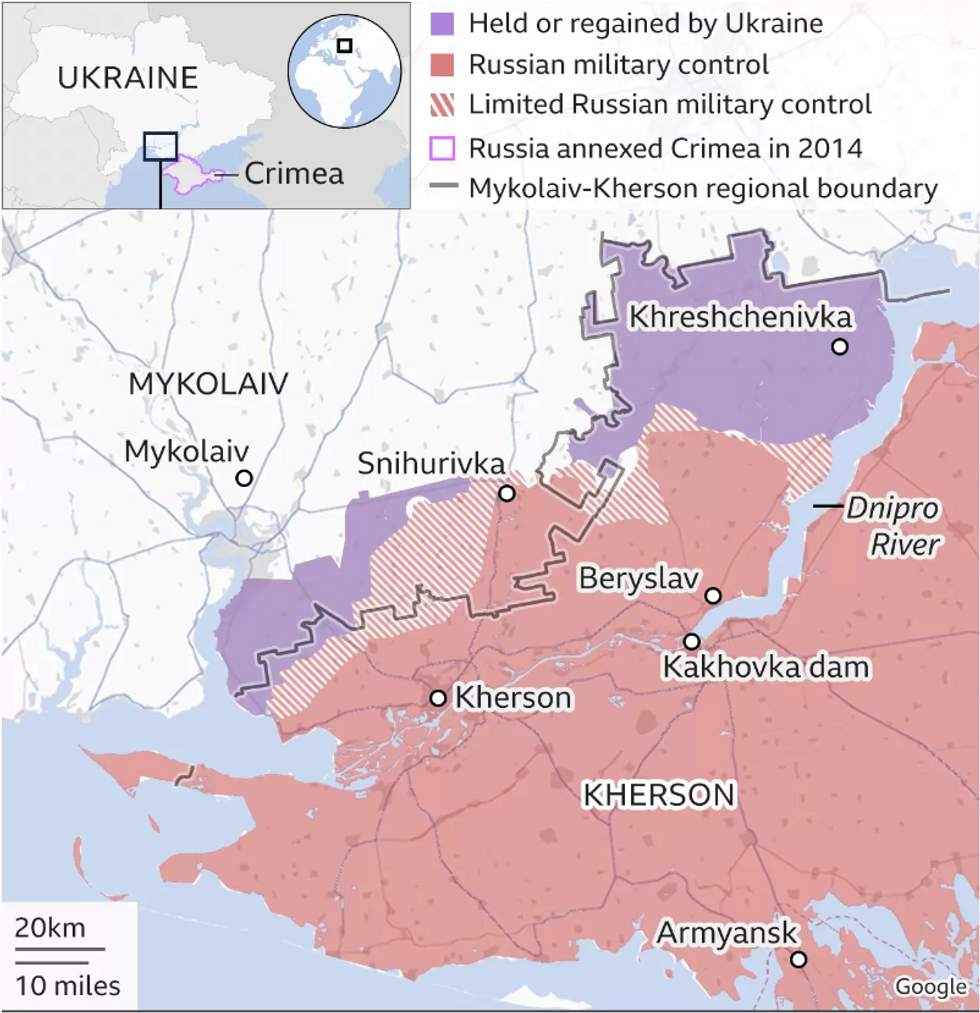 Russia has confirmed with intended withdrawal of its troops from the southern Ukrainian city of Kherson. This follows significant Ukrainian advances in the Kherson and Zaporizhzhia oblasts.

Map of Kherson and Surrounds