Bears Hold All The Cards

The minority gov't of Spanish Prime Minister Pedro Sanchez was dealt a significant blow last night when the conservative People's Party (PP) doubled its vote share to emerge as the largest single party in elections for Madrid's regional assembly. 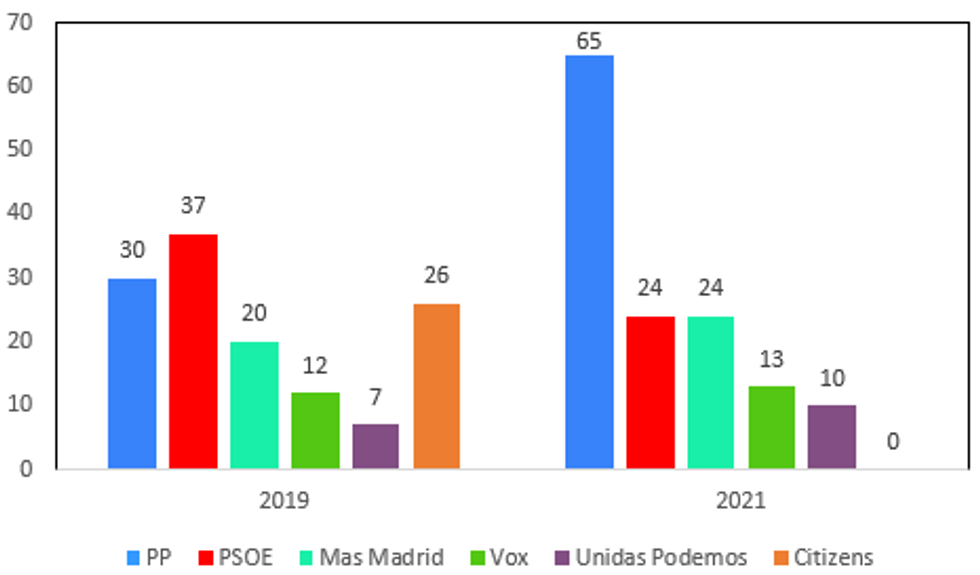 Source: Government of the Community of Madrid, MNI