MNI: US TO RESTRICT TRAVEL FROM SOUTH AFRICA, SEVEN OTHER COUNTRIES

MNI: New US Consumption Gauge To Include Unpaid Work, Housing

The below chart outlines the extreme repricing re: the RBA in the IB strip over the last month. The divergence between market pricing and RBA guidance (the Bank's central scenario points to a hike in '24) is stark, with recent communique on the inflation front (a need to see inflation sustainably within the target band and even some allowance for inflation to run above 3.0% for a while, per Governor Lowe) suggesting that pricing re: a May hike may be over aggressive (16bp of tightening vs. the current effective cash rate was priced as of yesterday's settlement). The RBA has continued to deploy a glass half full approach re: the economy, although when it comes to inflation and wage growth, the Bank retains a sanguine view. 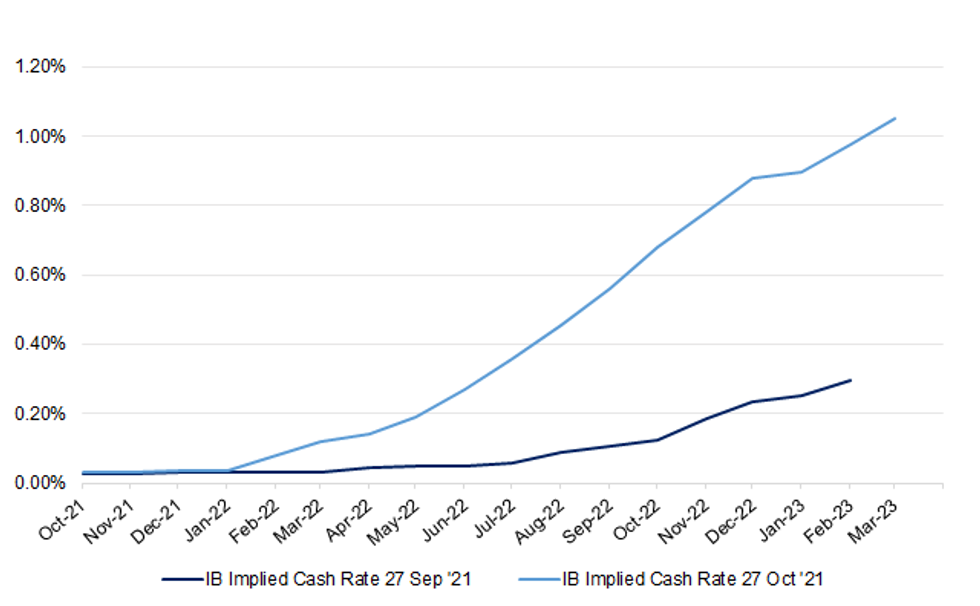