Coming up in the Asia-Pac session on Friday

Coming up in the Asia-Pac session on Friday

Leftist opposition candidate Luiz Inacio Lula da Silva remains the favourite to win the Brazilian presidency in the run off election taking place on 30 October. The last 10 opinion polls conducted in the run-up to the 24 October blackout gave Lula an average lead of 4% over right-wing incumbent President Jair Bolsonaro. 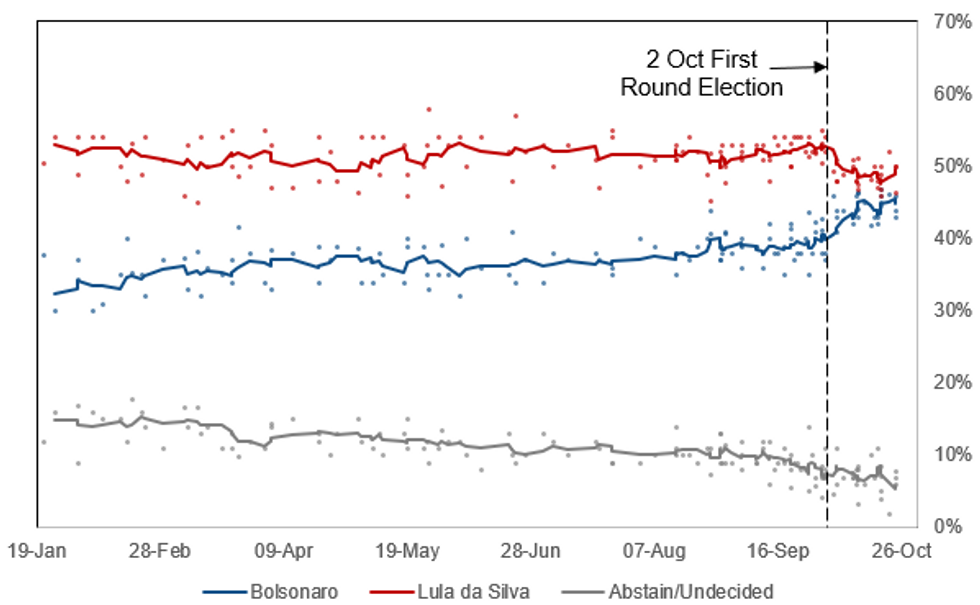