SocGen: Energy and Rent Uncertainty Key To CPI Ahead

Tysy saw minimal reaction to the Fed minutes, with moves instead coming earlier in the day after a hawkish surprise from one of the more dovish Fed members, Daly.

EGBs-GILTS CASH CLOSE: Locking It Down

Bund and Gilt yields came off early afternoon highs amid position squaring ahead of the US holiday and continued fears over European lockdowns. BTP spreads widened further; Greece underperformed.

Oil prices have largely settled after yesterday's rally as the market takes on conflicting OPEC+ headlines. 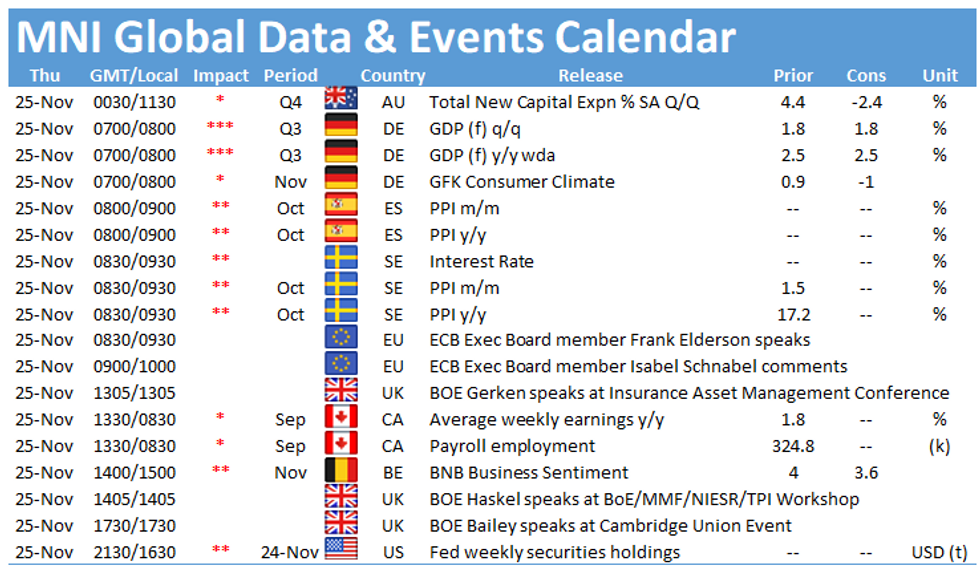