The Bank of Canada's balance sheet assets returned to CAD500 billion for the first time since April on its continued goal of CAD2 billion weekly federal bond purchases to boost the economy.

The value of its holdings had slipped from a March peak of CAD575 billion to CAD473 billion in May as its earlier repo purchases faded and the pace of QE was being reduced, and has been grinding higher since then.

While bond holdings this week climbed by less than a billion dollars to about CAD424 billion, the value of its indemnity from the government against losses on bond purchases climbed to CAD9.6 billion from CAD8.1 billion.

The report also showed the central bank's treasury bill holdings fell to CAD3.3 billion, the lowest since 1986. Sources have told MNI the BOC may wish to join bill auctions again to prevent its holdings from falling to zero. 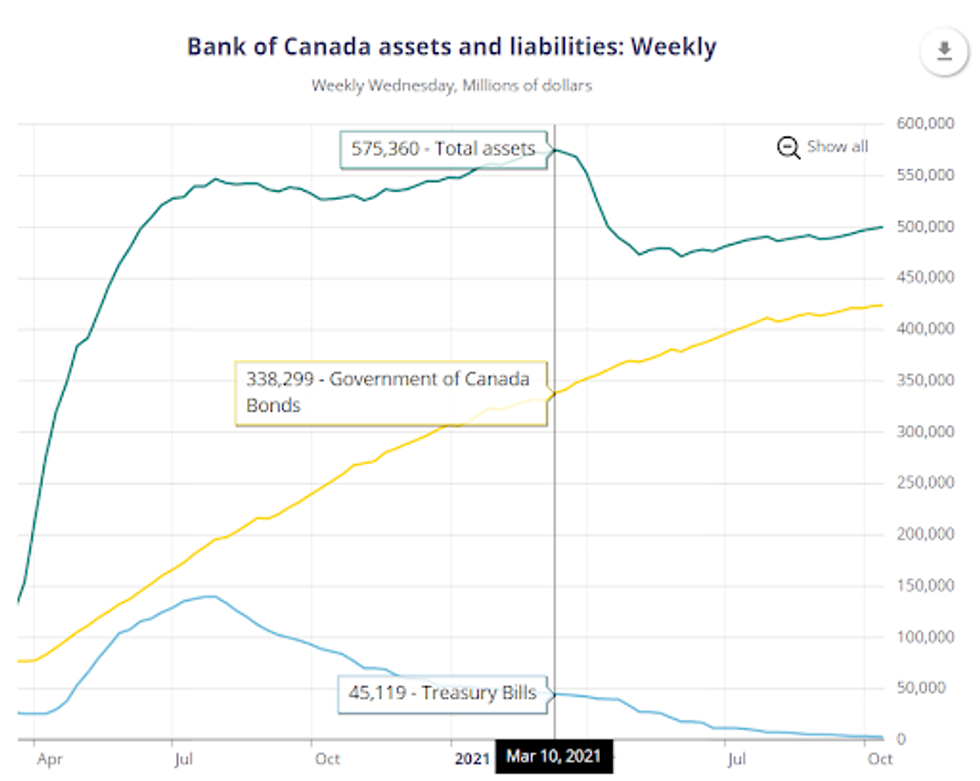