August nonfarm payroll survey change median is +725k on a range of 400k to 1mn, with average 707k and standard deviation 137k (suggesting a 570k to 844k figure would be roughly within expectations). Current whisper +677k.

European government bonds have traded weaker this morning with gilts underperforming and equities and FX mixed. 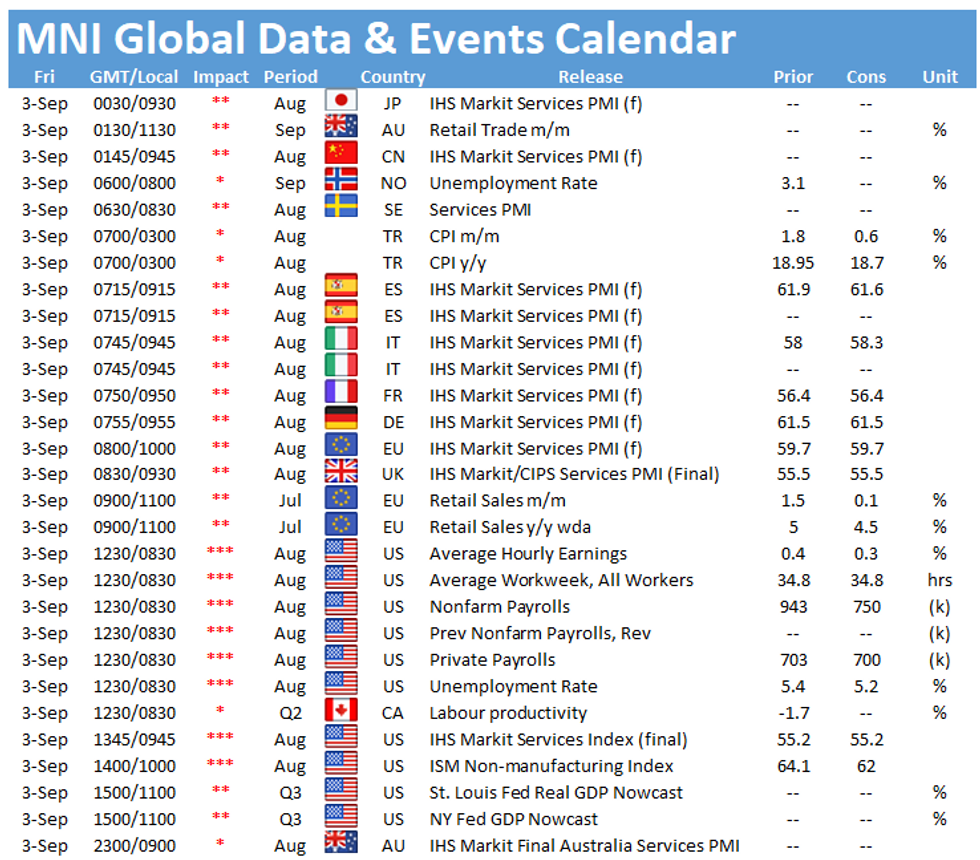