MNI US Open: Lockdowns Loom, But Will The ECB Act? 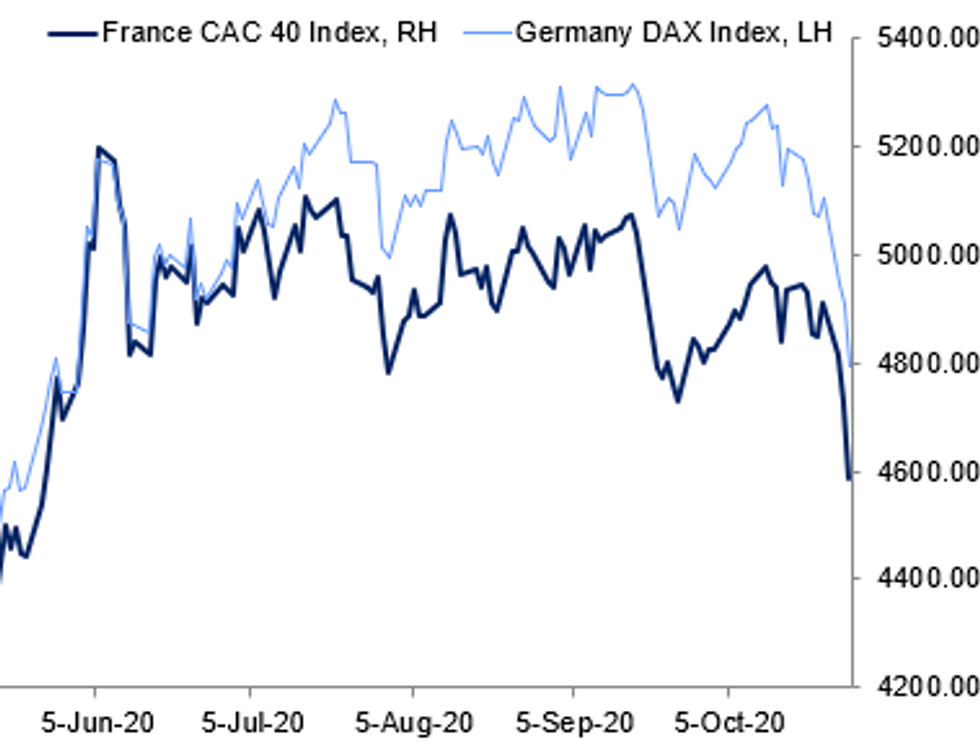 ECB - MNI PREVIEW: The ECB must decide whether to wait until the December meeting to get over the hump of upcoming event risks and ascertain the impact of the recent tightening of social restrictions, or act now to ward off intensifying headwinds to the fragile recovery.

GERMANY (BBG): German Chancellor Angela Merkel is pushing for tougher restrictions on movement and contact, including closing bars, restaurants and leisure facilities until the end of November. In talks with regional premiers later on Wednesday on Germany's coronavirus response, Merkel will also urge citizens to keep private contacts to an absolute minimum, and to avoid all non-urgent private travel, according to a draft federal government briefing paper obtained by Bloomberg.

FRANCE (EVENING STANDARD): French President Emmanuel Macron could set out plans for a new nationwide lockdown later today after a huge spike in Covid-19 deaths. Mr Macron is due to make a televised address at 8pm when it is widely reported that a new month-long national lockdown could be imposed. Other possibilities include a host of local measures, a weekend lockdown and tighter curfews from 7pm extended. Two-thirds of the French population are currently under a nighttime curfew but the PM is reported to have told union bosses these were not enough to control the surge in infections, which on Sunday hit a record of over 52,000 cases.

MNI CHINA LIQUIDITY INDEX: Liquidity was little changed across China's interbank markets in October although they were tighter at the medium-and-longer end of the curve, the latest MNI Liquidity Conditions Index shows. The Liquidity Condition Index picked up to 78.1 in October from September's 75.0, with 62.5% respondents reporting tighter condition on the back of increased bond issuance and tax payments. For full analysis contact sales@marketnews.com

RBA: Interest rates remain the first weapon of choice for the Reserve Bank of Australia, despite limited space for further cuts, but it could still ease via further balance sheet expansion, board member Ian Harper told MNI Wednesday. "The notion that monetary policy is exhausted when the cash rate has reached or is close to reaching the effective lower bound is false," Harper said, adding that while the cash rate remains the next item in the central bank's "armoury", it is hardly "the only weapon at its disposal".DATA:

After a strong start to the European session, core fixed income has continued to grind higher as Covid-19 concerns continue to dominate market focus today. Equity index futures have also continued their declines, particularly in Europe with the DAX leading the was, over 3% lower but other major European indices falling at least 2%.

Risk-off has been the theme of Wednesday so far, with looming risks of stricter lockdown measures across France and Germany weighing on sentiment across equities, currencies and, increasingly, commodities.

The rising threat of renewed and prolonged lockdowns in Europe have hit equities hard in early Wednesday trading.

Oil is down sharply alongside broader risk aversion, and inventory concerns. 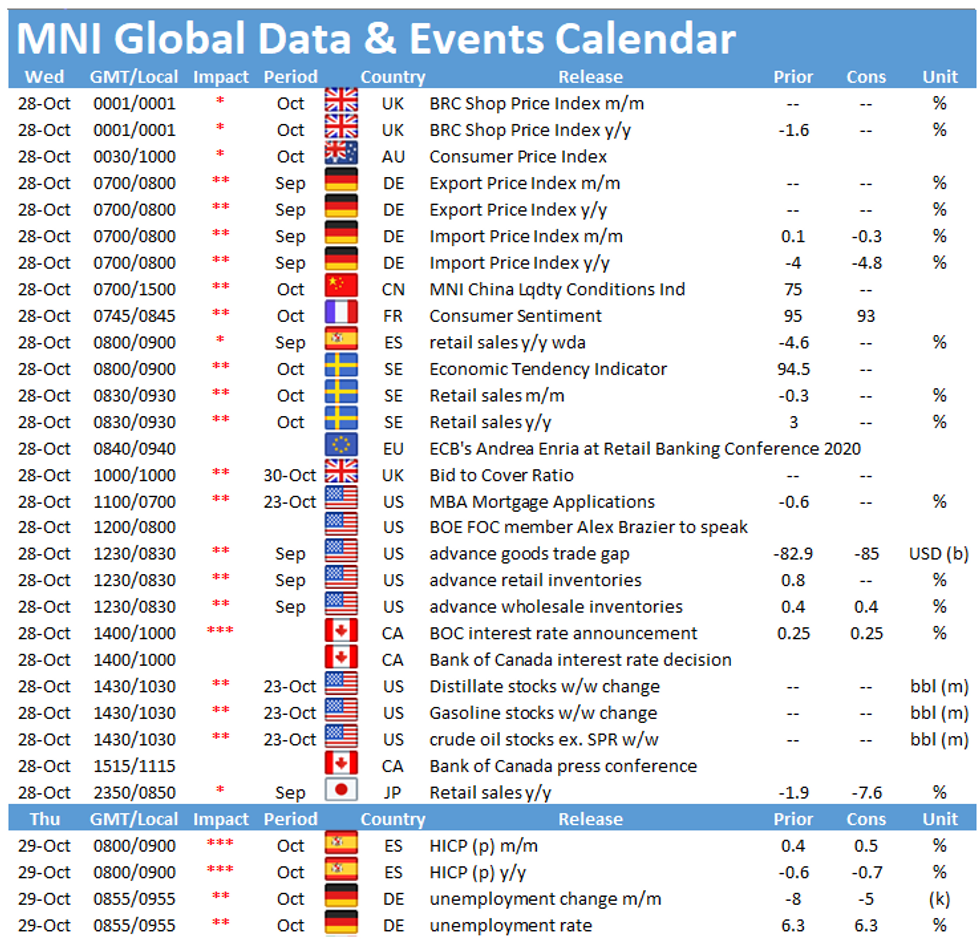