UK/NEW ZEALAND (MNI): FTA Completed As UK Eyes CPTPP Membership
Late last night in London/early this morning in Wellington, it was announced that the UK and New Zealand had come to an agreement on a free trade deal between the two countries. The imminent agreement had been signaled earlier in the day.
The deal sees tariffs on many exports removed, although there will be a phasing out of tariffs on NZ lamb exports to the UK over 15 years to avoid undue shock for Welsh lamb farmers. As has been widely noted, the deal will provide only a marginal boost to the UK economy given the small percentage of trade the UK does with New Zealand.

JAPAN (MNI): BOJ's FSR 'Heat Map' Sees Red, But No Overheating
The Bank of Japan's Financial System Report said on Thursday that its "Heat Map" showed five "red" signals but no overheating of financial activities. "Depending on the pace of economic recovery going forward, there will be an adverse impact on the quality of loans extended to firms that have been severely affected by the pandemic or those that had vulnerable financial bases before the pandemic," the FSR said.

INDONESIA (MNI): MNI INSIGHT: Indonesia Builds Resilience Against 'Tantrum'
Indonesia's central bank expects currency pressure in 2022 as the U.S. Fed is likely to tighten, but MNI understands it has confidence in a more resilient balance sheet and national economy than in 2013 when it felt a hard impact of the U.S. 'taper tantrum' under less robust economic fundamentals.

MNI BRIEF: UK Sept Borrowing Rises in Sept, YTD Down 48% y/y
UK public sector borrowing rose to GBP21.778 billion last month, from a downwardly-revised GBP16.824 billion in August (originally reported at GBP20.014 billion), according to data reported by the ONS on Thursday. That's still the second highest September on record, and remains sharply above the GBP6.067 billion recorded in the same month of 2019. Public sector debt steadied at 95.5% of GDP, matching the August outcome.

FOREX: JPY Recovers Off Lows, But Trend Remains Down

EQUITIES LEVELS UPDATE: A little lower outside of China 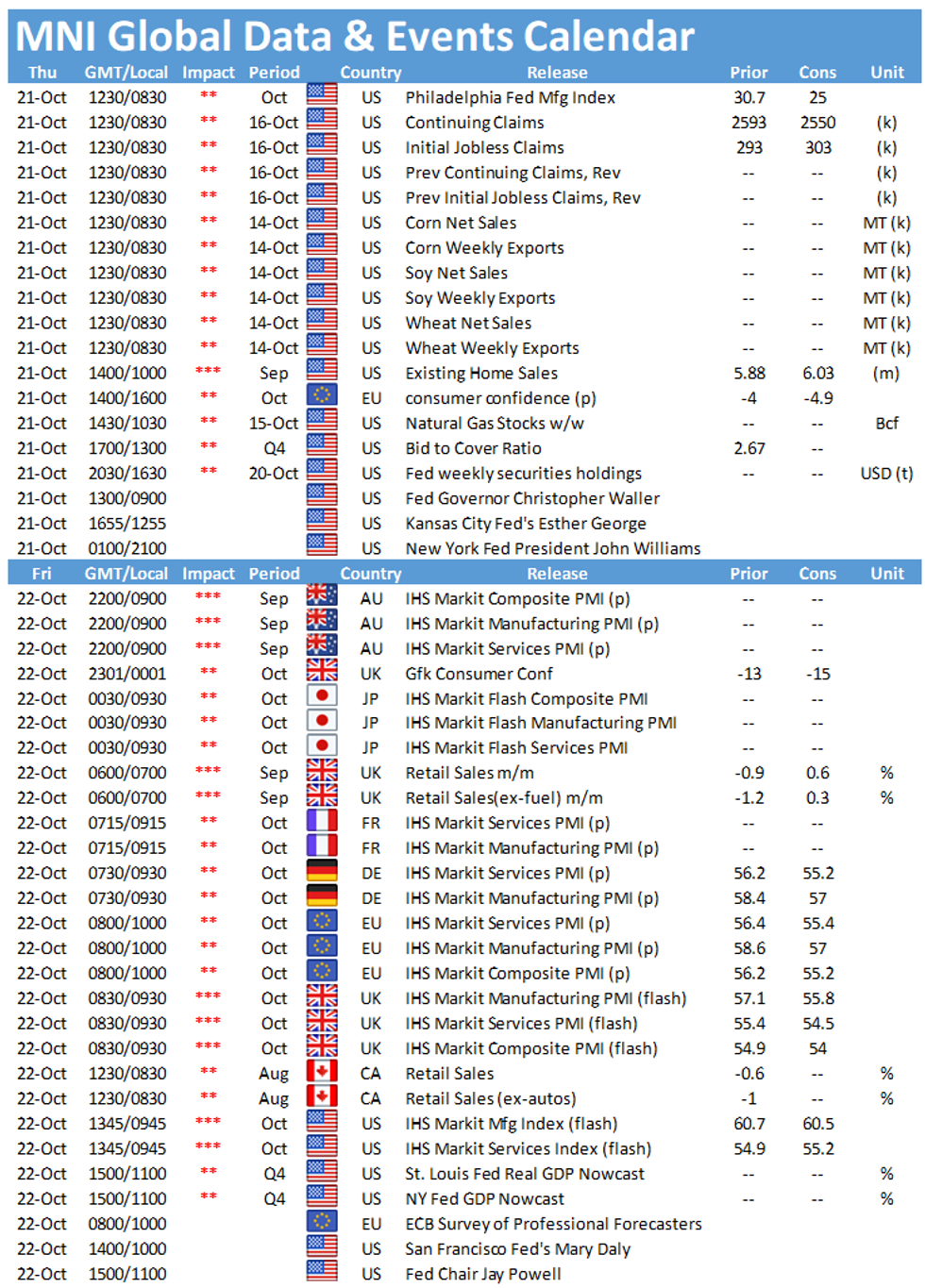