What a Short, Strange Trip It's Been

Netanyahu Cries Foul As Bennett Sworn In As New PM

Former Israeli Prime Minister Benjamin Netanyahu has cried foul regarding the installation of Naftali Bennett as the country's new prime minister. Earlier today a much shortened and non-public handover event took place. Usually these would be carried out in front of cameras, but Netanyahu refused, with the talks between he and former protege Bennett lasting just half an hour.

Chart of Knesset with Bennett Gov't and Opposition, Seats 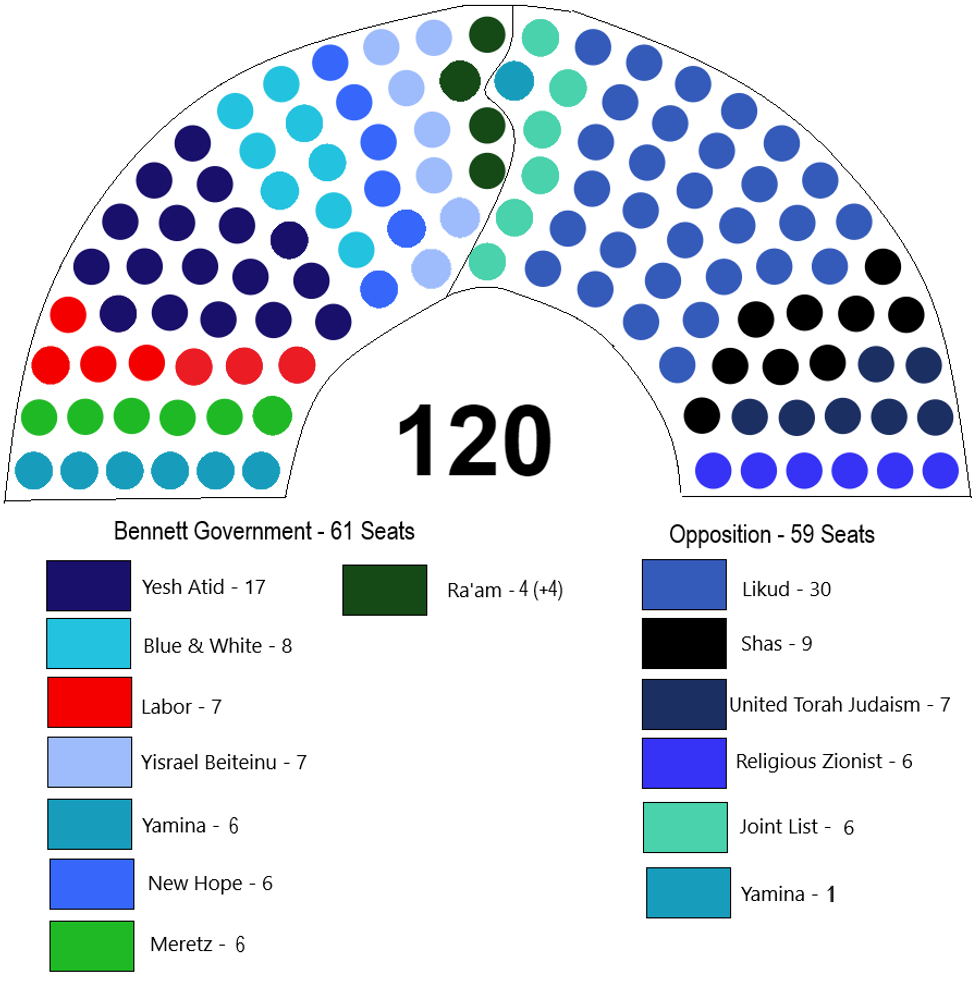