Nothing In The Way Of Notable Reaction To Chinese Data

Latest polling from YouGov on the gov'ts recent hike to National Insurance contributions - slated to pay for adult social care and the NHS - shows the continued realignment of UK politics away from historic political ideologies and towards schisms based on age and asset holdings. 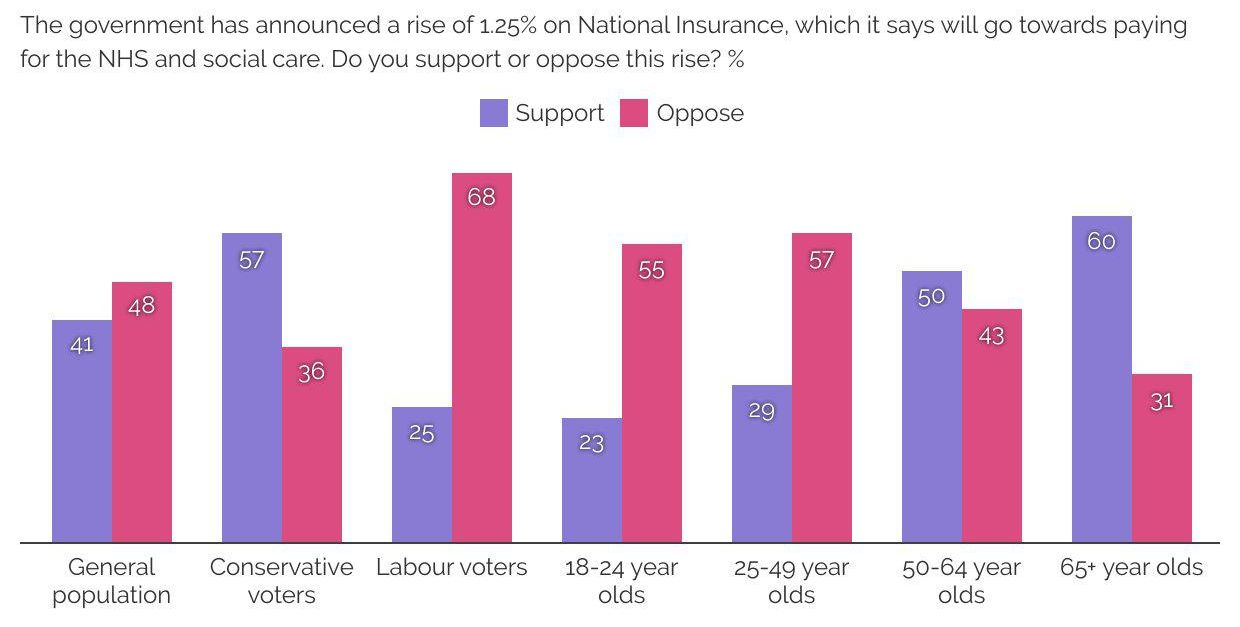