EGB/Gilt - Attention turns to the FOMC

The Tokyo metropolitan gov't confirmed that it recorded 1,979 new COVID-19 cases in the past 24 hours, the highest daily total since mid-January, raising concerns further about a more widespread outbreak of the virus just as the Tokyo Olympic Games get underway. 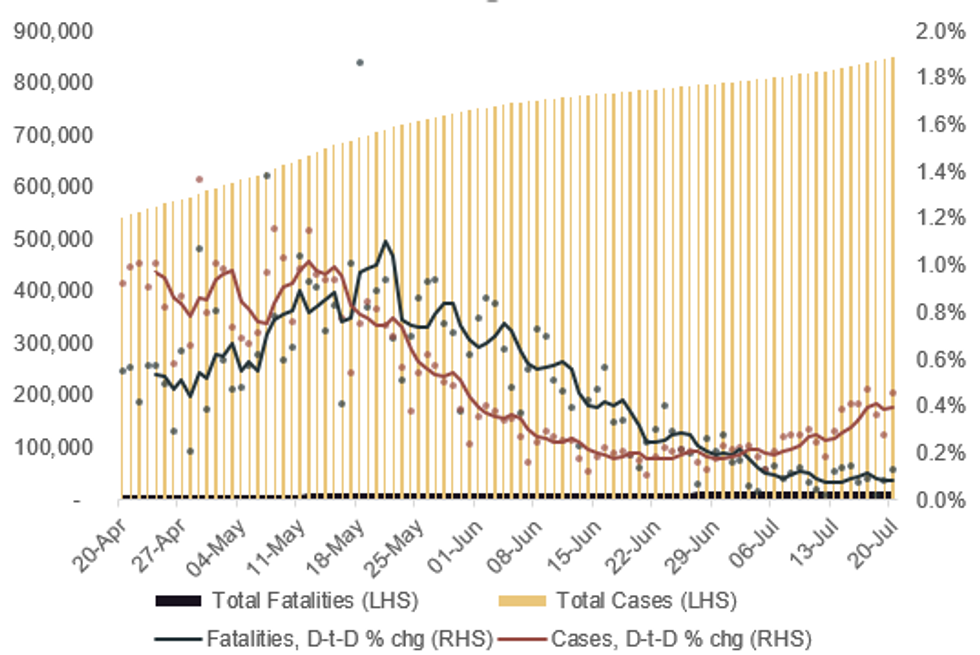