In his second statement of the day, former President Donald Trump launched a verbal broadside against social media companies (see below). This follows the announcement by Facebook's Oversight Board that the firm's decision to ban Trump in January following the Capitol Hill riots was justified, although the board also stated that the indefinite nature of the ban should be reviewed. 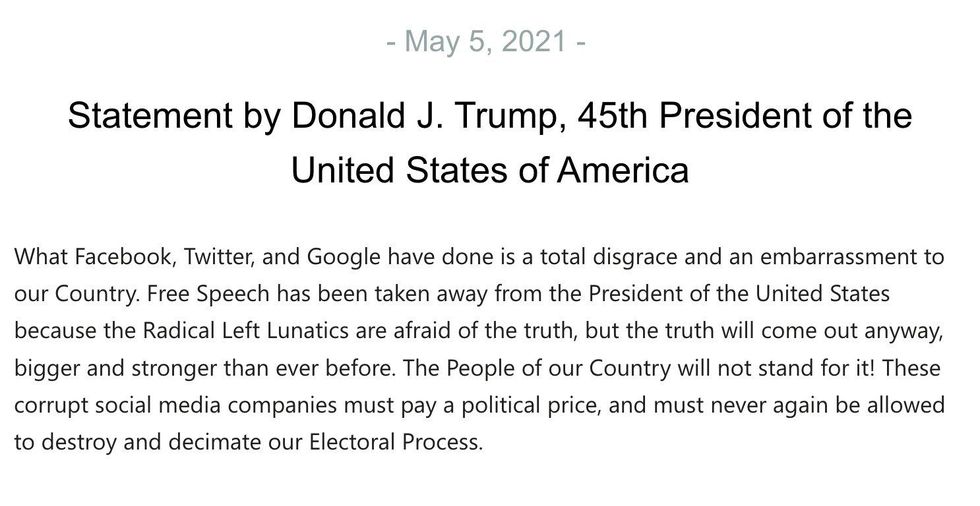