MNI BRIEF: ECB To Hike In July, Again In 'Near Future' - Nagel 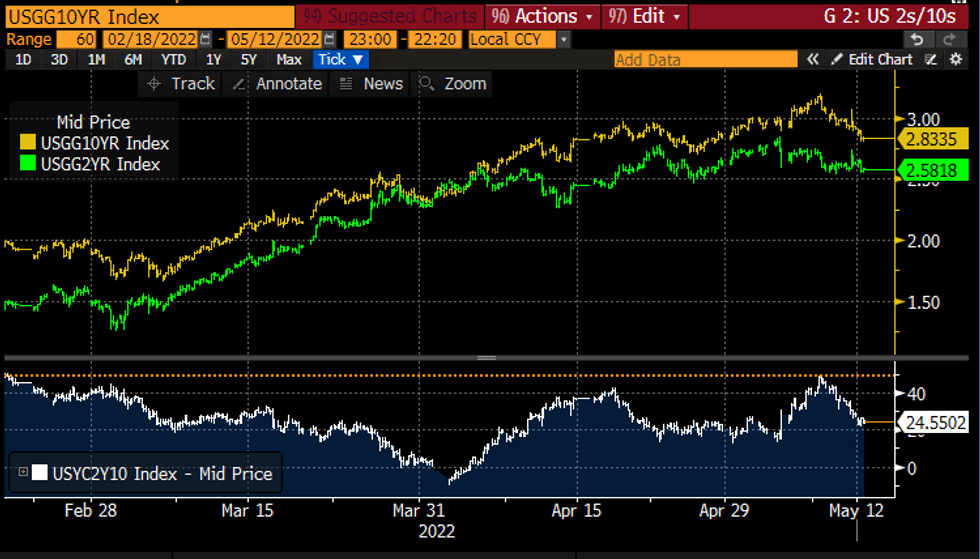 US 2s10s flatten back towards previous sustained levels in the 20-25bp regionSource: Bloomberg

US 2s10s flatten back towards previous sustained levels in the 20-25bp regionSource: Bloomberg